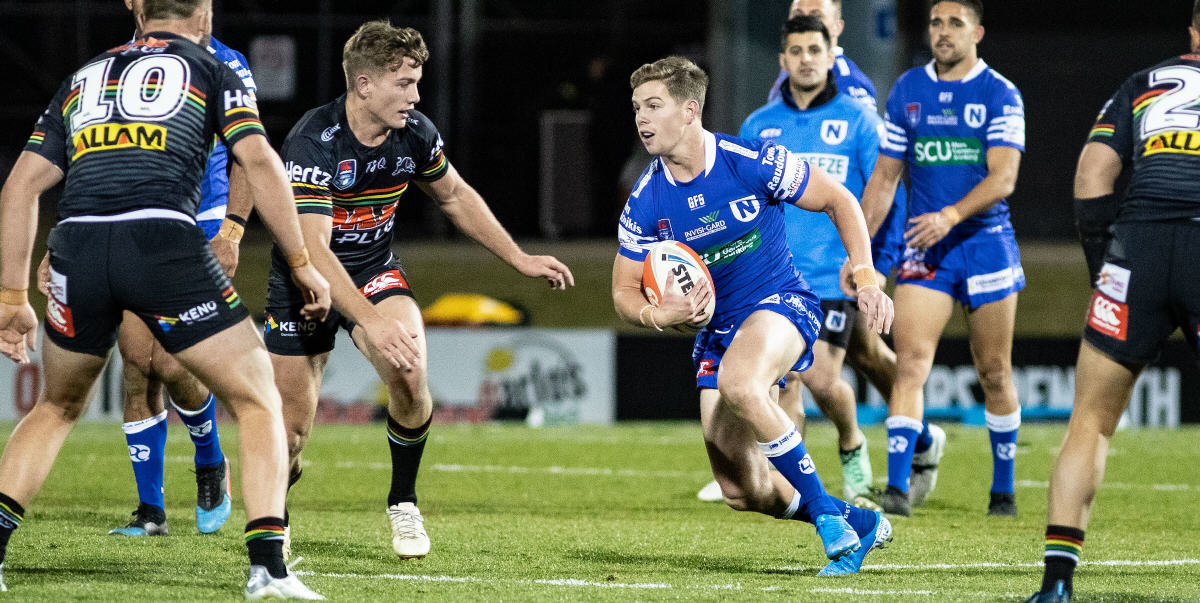 The Newtown Jets have shown once again that their best performances in 2019 can be against opposition teams in the higher levels of the Canterbury Cup NSW competition table.

On Friday night, in bitterly cold conditions at Panthers Stadium, the tenth-placed Jets went in as rank underdogs against the third-placed Penrith Panthers.

Things looked grim when Penrith posted an easy try in the second minute of play, but the Jets dominated the remainder of the first half to go into the half-time break with an 18-6 lead.

Newtown then survived a post-halftime barrage when the power-packed Panthers had an unbroken spell of possession and favourable field position for fifteen minutes on end.

The Jets led 18-14 midway through the second half with the game very much in the balance, but Newtown laid on an exhilarating try in the 63rd minute involving Greg Eastwood, Scott Sorensen and Braydon Trindall that seemed to take the game beyond the Panthers grasp.

Five-eighth and captain Jack A. Williams was replaced in the first half due to a head injury. Wes Lolo and Siosifa Talakai were also injured and spent extended periods off the field.

Cronulla Sharks Jersey Flegg centre Jensen Taumoepeau made his Canterbury Cup debut with the Jets on Friday night. Jensen is a product of the Taranaki rugby league in New Zealand’s North Island.

The match details were:

(This match was played as the main curtain-raiser to the Penrith Panthers_ Cronulla Sharks NRL fixture.)

Weather: 13 degrees, with a bitterly cold strong wind blowing throughout most of the game.

The Newtown Jets have a bye in Round 22 of the Canterbury Cup NSW competition (17th/18th August).

Newtown’s team on Friday night was: