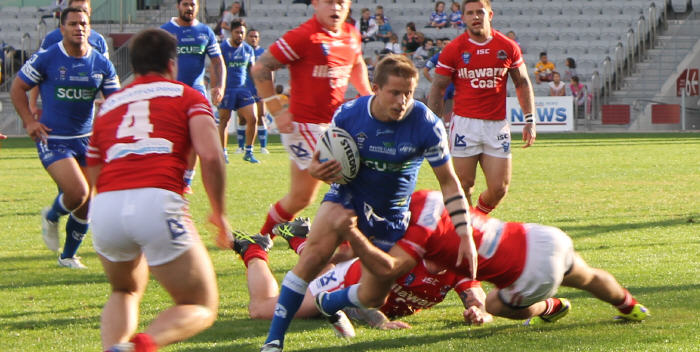 Jets now in dangerous territory on the competition table

Newtown Jets are now in 8th place on the NSW Cup competition table, after losing 24-6 to the much-improved Illawarra Cutters at WIN Stadium, Wollongong last Saturday. This year’s NSW Cup really is a tightly-contested competition, with the bottom three teams all beating or drawing with teams higher up the premiership table on this past weekend. Newtown trailed 18-0 at halftime against the Cutters and never looked likely to overhaul that deficit in the second half.

The Illawarra team turned on a determined and disciplined defensive performance in both halves, shutting down several spells of extended attacking pressure from the Jets. This was the third straight victory for the South Coast team and they won back custodianship of the Tom Kirk Cup which is competed for by both of these clubs.

Newtown had plenty of possession at the Cutters end of the field early in this match. Jets winger Daniel Abou-Sleiman was unable to ground a bouncing ball in the home team’s in-goal in the 13th minute, and then the Cutters broke away up field and scored a converted try in the next set. This pattern was repeated several minutes later after the Jets had again mounted an attack at the northern end but were unable to break through the Illawarra defensive line. The Cutters again carted the ball up field and grabbed an easy dummy-half try.

A strong break by Newtown second-rower Tinirau Arona in the 28th minute looked promising, but his chance of an inside pass to a supporting team-mate was blocked by scarlet red jerseys. The Jets saved a try in the 31st minute through some desperate defence but a midfield possession turnover saw the Cutters forwards advance through the middle, scoring their third try five minutes prior to halftime. Newtown launched another attacking raid right on halftime but centre Patrick Siolo was held up inside the Cutters’ in-goal area.

This game trend of near misses for the Jets continued in the second half. Newtown mounted several attacks but on each occasion the South Coast boys defended their line. The big Cutters forwards rolled downfield and put the pressure back on the Jets. A midfield possession turnover by Newtown in the 52nd minute was punished as the Cutters forced the Jets into a goal-line drop-out situation, and then scored in the next set.

Another try-scoring chance for Newtown was thwarted when the pass back infield to a support player was intercepted by a Cutters defender. Daniel Abou-Sleiman scored for Newtown in the 74th minute following some determined and unorthodox play by Nathan Gardner. The game ended with the Cutters back on the attack, after they had been forced into two consecutive goal-line drop-outs which they defended successfully.

Newtown paid the price for their missed scoring chances and some one on one defensive lapses. The Cutters defensive line speed bustled the Jets and contained their forwards. The midfield charges by the big Cutters packmen gave their team attacking momentum. Tim Robinson was Newtown’s best and David Fifita provided power and muscle in the Jets’ midfield.

Newtown Jets have a bye in the NSW Cup this weekend (20th/21st June) and then return to Henson Park on Saturday, 27th June when they play Manly-Warringah at 3.00pm. 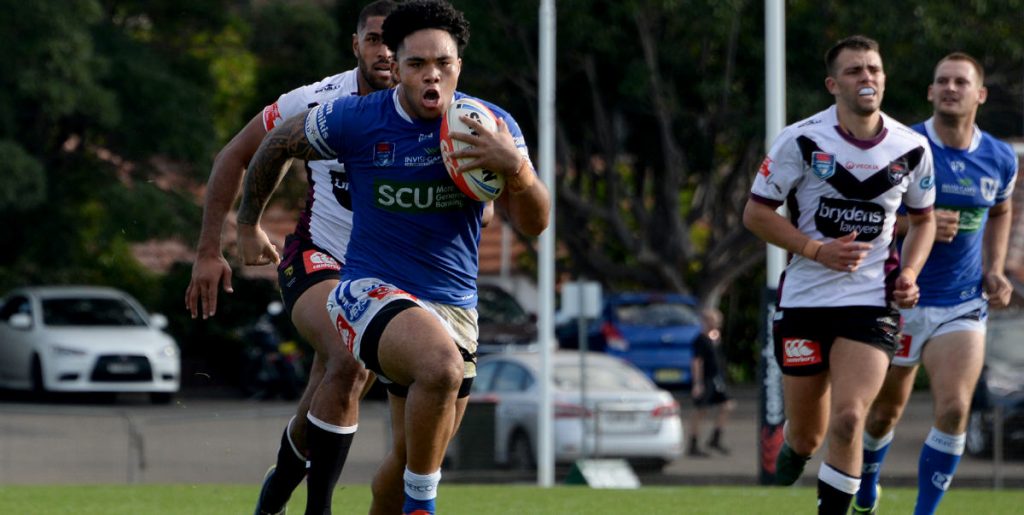 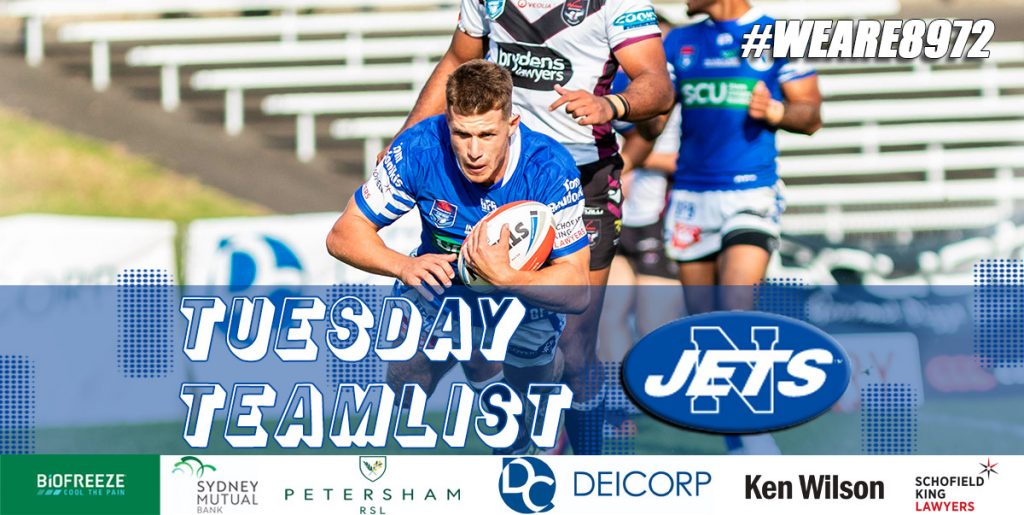 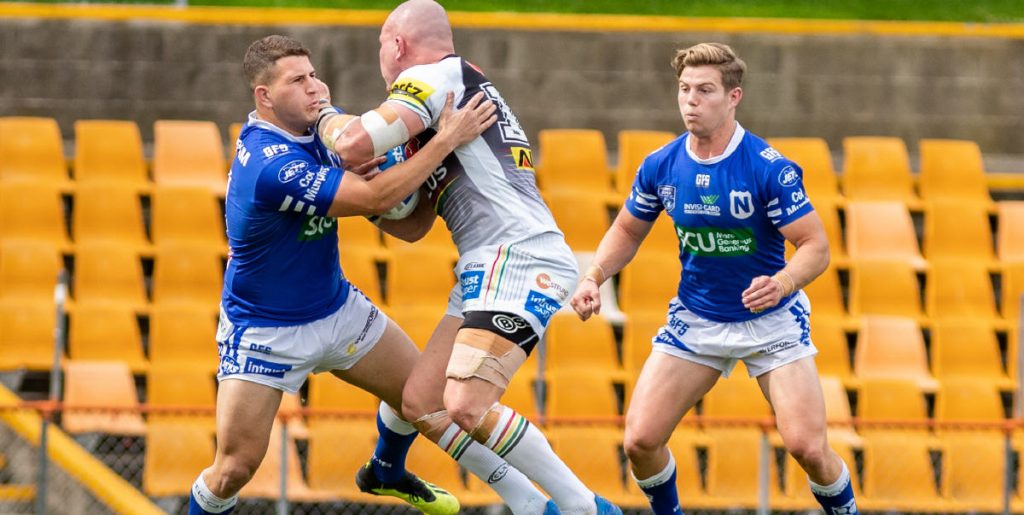 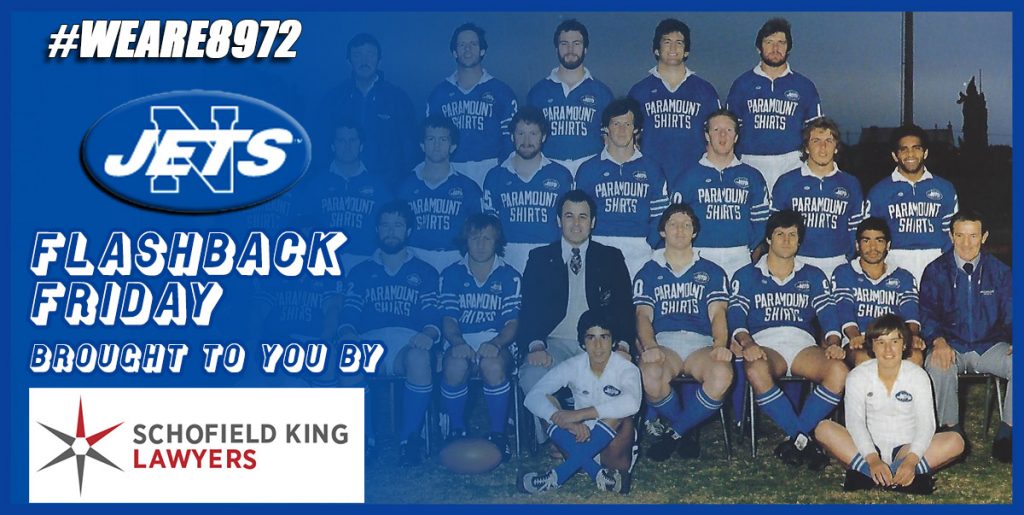