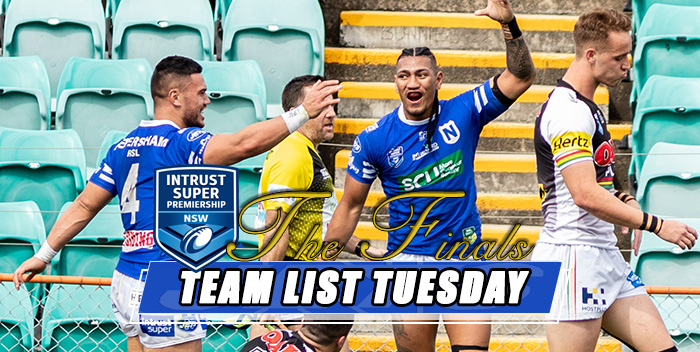 Newtown Jets has named its team for the Intrust Super Premiership NSW Grand Final versus Canterbury Bulldogs being played at Leichhardt Oval, Sunday 23rd September 3.10pm kick-off. This match is being televised live on Channel Nine.

Calling all Bluebags, we need YOU to get along to Leichhardt Oval on Sunday and cheer loudly & proudly for the Men All Dressed in Blue in their biggest game of the year! Let’s remind the Rugby League fraternity that we have the most vocal & passionate supporters in the NSWRL.

The ISP Grand Final will be preceded by the Jersey Flegg Grand Final featuring our partners Cronulla Sharks who take on Penrith Panthers at 12.45pm. So come early and help the next generation of Jets get the job done. #upupcronulla

For both teams to be appearing on NSWRL Grand Final day is a tremendous result.

Newtown RLFC invites members, supporters and friends to Petersham RSL after the game on Sunday to party with players and coaching staff and hopefully celebrate a Premiership win. Petersham RSL is located at 7 Regent Street, Petersham.

If you can’t make it to Leichhardt Oval tune into Channel 9 or www.steelesports.com.au and send your positive vibes. Our boys need your support to help get them home.