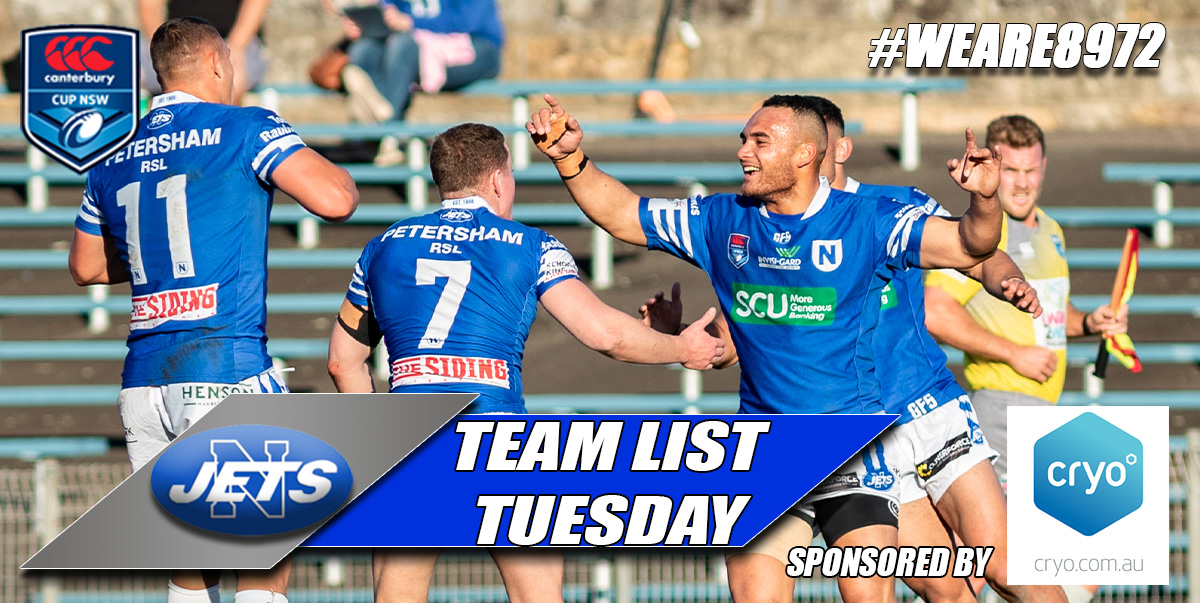 Newtown Jets has named its team for the Canterbury Cup NSW Round 17 clash versus fellow foundation club North Sydney Bears being played at North Sydney Oval, Sunday 14th June, 1.10pm kick-off. This match is being televised live on Channel 9. It is also the deciding match in the Frank Hyde Shield series for 2019.