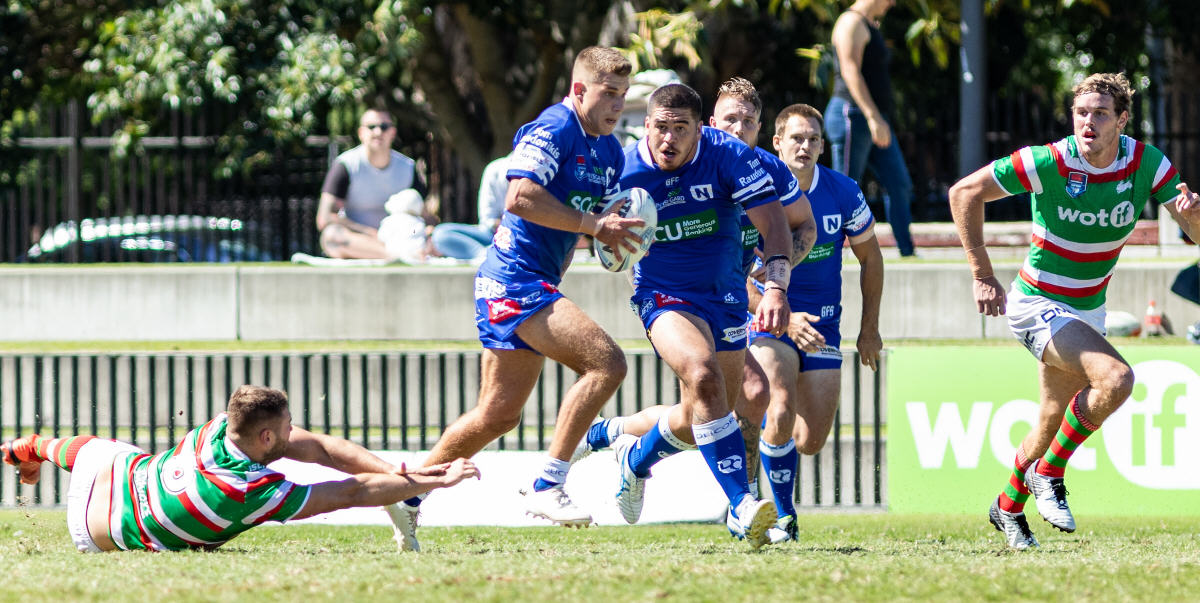 In what was the first senior rugby league match played between Newtown and South Sydney at Redfern Oval in thirty-six years, the Rabbitohs broke a host of Newtown Jets hearts by snatching a last-minute 28-26 victory.

Redfern Oval might be known now as the Metricon High Performance Centre, but the two foundation clubs certainly turned on an absorbing contest for the crowd and the Channel Nine live viewing audience. Souths led 12-4 midway through the first half but Newtown took the lead with tries to winger Ronaldo Mulitalo and hooker James Segeyaro close to halftime, with the Jets going in to the break leading by 14-12.

The Rabbitohs dominated the third quarter of the game and looked to be in control with a 24-14 lead fifteen minutes out from fulltime. The Jets kicked back with tries to halfback Kyle Flanagan and centre Aaron Gray, both converted by Flanagan. The Rabbitohs regained the ball from a short kick-off and surged downfield towards the Newtown tryline, conjuring up a try in the last ten seconds of play aided by a couple of contentious decisions.

The Jets paid the price for several possession turnovers at critical moments of the game, along with their inability to effectively counter Souths’ tactic of employing short kicks from both kick-offs and goal-line drop-outs.

Centre Aaron Gray and winger Ronaldo Mulitalo were both impressive, while halfback Kyle Flanagan scored one try and assisted in three others. Youngster Luke Polselli was on debut in this grade and did a splendid job as the replacement five-eighth for the injured Jack A. Williams. Despite the errors made during the game, this was a much improved performance by the Jets which only made the circumstances of the last-minute loss more difficult to cope with.

Newtown’s next match is on Sunday, 7th April when the Jets play Wentworthville at Ringrose Park in Round Four of the Canterbury Cup NSW, with this game timed for kick-off at 3.00pm.