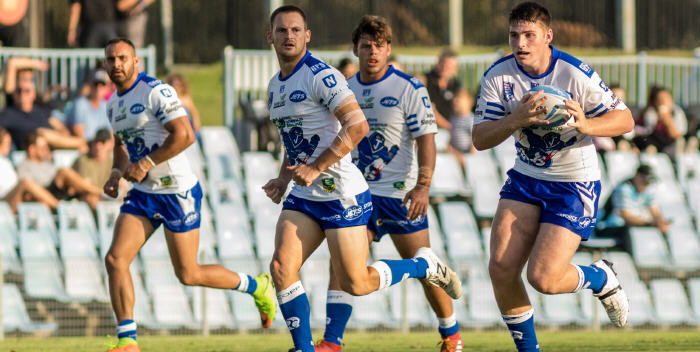 Young Newtown Jets front-rower Royce Tout takes the ball forward in last Saturday’s trial game against Blacktown Workers. Royce is a product of the Gundagai Tigers RLFC and Wests Tigers Holden Cup (under 20’s). He is studying Law at Macquarie University and was chosen in the 2017 NYC Academic Team of the Year. Other Jets players in the photo from left to right are: winger Jordan Topai-Aveai, fullback Matt Evans and lock Jayden McDonogh. Photo: MAF Photography (Mario Facchini)

Here are the details for the Newtown RLFC 2018 season launch:

Principal guest: Phil Gould, one of the most perceptive analysts and astute commentators in the entire rugby league realm

A special offer to Newtown RLFC members from our good friends at the Wests Tigers RLFC:

This will be the first time the Jets and Magpies have met since 2012.

The two clubs will once again play for the Tom Raudonikis Cup when they clash in the competition proper later this season.