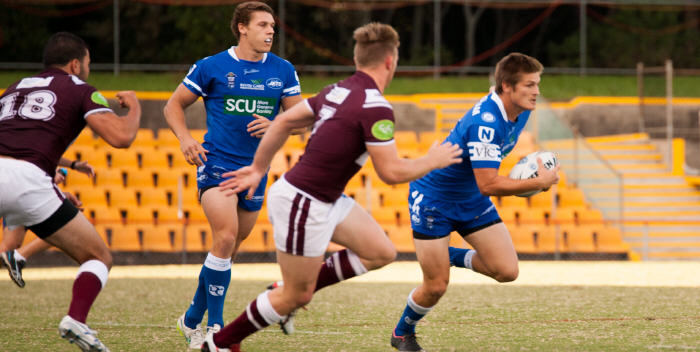 Blake Ayshford has been in outstanding form for the Jets. Photo: mafphotograpy

Newtown Jets has named its team for the VB NSW Cup Round 5 clash versus Wentworthville Magpies being played at Henson Park, Saturday 4th April, 3pm kick-off.

This Saturday is the first of our Family Fun Days for 2015. As well as the Jets taking on the Wenty Magpies in the VB NSW Cup at 3pm there will be FREE activities for the kids such as face painting, jumping castles, pass the ball, colouring in & paper plane competitions plus our very own Jet Man will be there. For just $1 you can also get your nails painted and a chocolate crackle. The Roosters and Balmain Tigers are also playing Junior Rep games from 11.30am. Entry for kids under 16 is also free. So for an enjoyable day for the whole family get along to Henson Park, Centennial Street, Marrickville this Saturday.

All Newtown members, supporters and friends are then invited to THE VIC ENMORE after Saturday’s matches at Henson Park. THE VIC ENMORE is located at 2 Addison Road, Enmore.