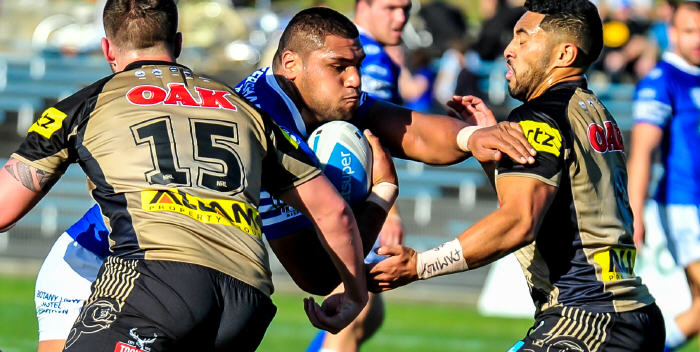 Big prop Saulala Houma has been a valuable addition to the Newtown Jets ISP NSW ranks in the latter part of the 2016 season. Photo: Gary Sutherland Photography

A vital two points are at stake for the Jets tomorrow …. and you can watch them live on Fox Sports 1 on Saturday, 6th August, at 12.30pm

The Jets need to be wary of the Knights at Hunter Stadium tomorrow …. plus there’s plenty happening on the club events calendar.

This match will be telecast live on Fox Sports 1 from 12.30pm.

The Newcastle Knights team for Saturday is:

The ISP NSW competition table after 21 rounds is:   http://live.nswrl.com.au/comp/197

How the NSWRL has previewed all of the ISP NSW 22nd Round matches: http://www.nswrl.com.au/news/2016/08/05/previews_intrust_sup.html

Here are the highlights from the ISP NSW 21st Round, including all the tries from last Saturday’s thriller at Henson Park:  http://www.nswrl.com.au/news/2016/08/01/highlights_intrust_s.html

Be sure to check out Fa’amanu Brown’s second try where he beats four Penrith defenders to score the equalising try.

How this match was covered on pages 15 and 16 of this week’s Cooks River Valley Times:  http://bit.ly/2ampFBe

Make sure you take a look at Gary Sutherland’s superb back page photograph of the aftermath of Fa’amanu Brown’s second try.

All the Newtown-Penrith photos from last Saturday at Henson Park: –

The Jets-Panthers clash attracted some favourable coverage, including this article by the former SMH journalist Greg Growden on the ESPN website:

Make your bookings now for Controversy Corner Revisited II at the Petersham RSL Club on Tuesday, 16th August 2016 at 7.00pm for 7.30pm: An evening of confrontation, bombast, tautology and most of all, CONTROVERSY, featuring Noel Kelly (from the original Channel 7 program), Greg McCallum (to provide the refereeing perspective), Mark Hughes (ex-Canterbury Bulldogs) and Adrian Proszenko (Sydney Morning Herald), along with more special guests:

And there are still a few tickets available for the highly-rated movie Broke, with the Newtown RLFC hosting a session at the Dendy Cinema, right in the heart of King Street, Newtown on Wednesday, 10th August at 7.00pm. The film is directed by Heath Davis and produced by Luke Graham, the son of North Sydney and New Zealand Kiwis legend Mark Graham:  http://www.newtownjets.com/newtown-jets-presents-broke/

As that master of the understatement HG Nelson would say, too much of the Newtown Jets on Newtown Jets TV is never enough! Check out all of these Jets interviews now available on YouTube:

More on YouTube – this music clip from Horrorshow has made great use of the one and only Henson Park:  https://www.youtube.com/watch?v=0rRAc7_Z4G4

For all of you Newtown Jets supporters who are members of the Petersham RSL Club (and we hope that is a great many of you), the August issue of their excellent club magazine, At Ease, has a Newtown Jets article on page 9.

There were three former Newtown Jets players – David Fifita, Tinirau Arona and Jacob Miller – in the Wakefield Trinity team that played Warrington in the English Rugby League Challenge Cup semi-final against Warrington at Leigh last weekend. Unfortunately for our boys the Warrington Wolves won and put Wakefield out of the Cup. It would have been a memorable experience seeing big David Fifita stepping out on the famous Wembley Stadium turf!

As the great Colin Murphy might (or might not) say, “don’t get trapped in an obsolete paradigm!”  Get with the program, sign up now and follow the Newtown Jets on these social media platforms: –