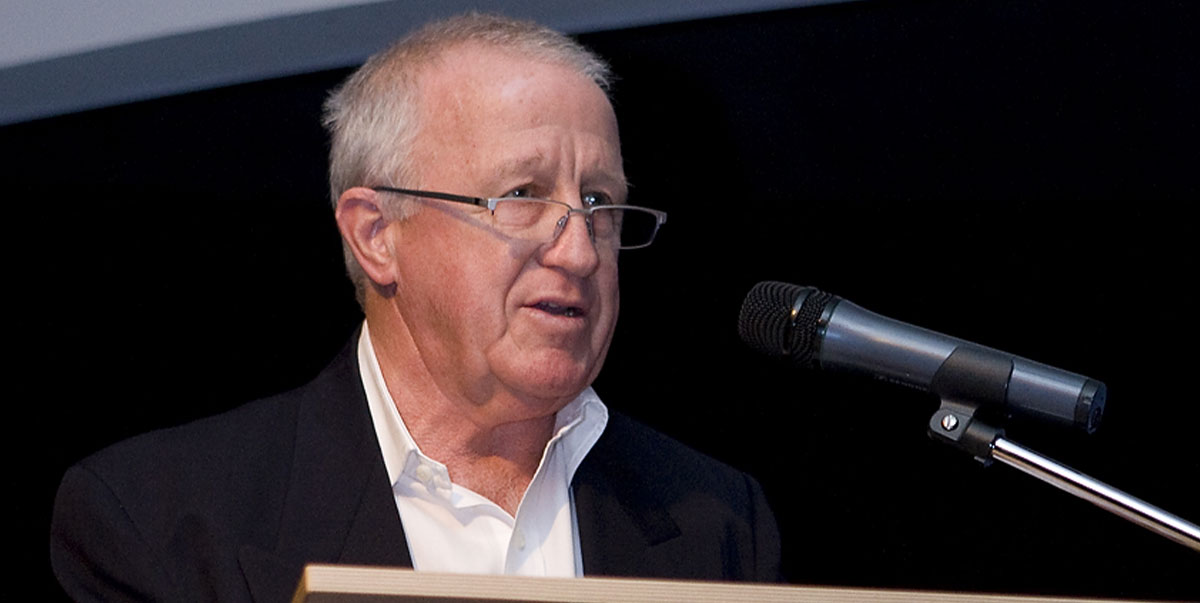 Barry Vining at the launch of the centenary history book on the Newtown RLFC on the 28th July 2008. Photo: Gary Sutherland Photography.

A Wonderful Honour for an Outstanding Newtown RLFC Identity.

The Newtown Rugby League Football Club is delighted to extend congratulations to our former long-serving club President, Barry Vining, on having been named as the recipient of the Order of Australia award in today’s Queen’s Birthday honours list.

This is a well-deserved honour as Barry Vining can truly be said to be one of the most significant identities in the 113-years history of the oldest club in rugby league, the Newtown RLFC.

Barry grew up in Camperdown as a young boy and has been a thoroughly-committed Newtown Bluebags and Jets supporter for all of his life.

A highly-successful businessman in the international air freight industry, Barry joined the Newtown RLFC board in 1980 and became President in 1986. Along with fellow Director Terry Rowney, he was one of the most important figures in keeping the club alive in the wilderness years between 1984 and 1990, when the club did not field a team in any grade.

As the club President Barry became renowned for his negotiating skills, his patience, strategic nous and top-level administrative expertise. He was President in the club’s years in the third-tier NSWRL Metropolitan Cup competition between 1991 and 1999, when the club’s first grade team won a premiership title in 1992, and then under Colin Murphy’s coaching won a hat-trick of premierships between 1995 and 1997.

Along with Terry Rowney and the club’s Patron, John Singleton, Barry helped negotiate Newtown’s promotion into the second-tier level of the NSW Rugby League in 2000, into what is now known as the Knock-On Effect NSW Cup.

Under Barry’s term of leadership, the club has ascended from the depths of rugby league oblivion into being a well-respected and viable member of the flagship competition of the NSW Rugby League, winning second-tier premiership titles in 2012 and 2019, and also a NRL State Championship in 2019.

Aside from rugby league, Barry also served in the international independent air freight industry for 45 years. He was a Director of the Australian Federation of International Freight Forwarders for 24 years from 1975 to 1999, which included a seven-year term as Chairman of the organisation.

In 1995 Barry was elected as Vice-President of the International Federation of Freight Forwarders (FIATA) and was made an Honorary Member of FIATA at the organisation’s World Congress in 2011.

His commitment in this industry to ethical practice, good governance and acting in the public interest were the hallmarks of his business activities.

Barry Vining’s outstanding contributions to rugby league football and to the international air freight forwarding industry over many decades have combined to make him a most worthy recipient of the Order of Australia award.

From everyone in the widespread Newtown RLFC community – congratulations Barry Vining!