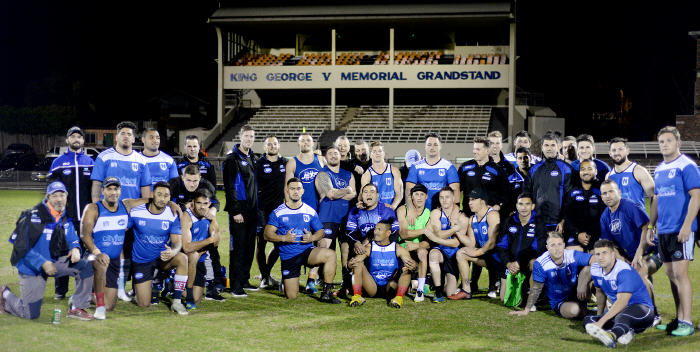 Newtown and Canterbury-Bankstown will clash in a senior-level rugby league grand final for the first time, when they meet in Sunday’s ISP NSW grand final at Leichhardt Oval. The Jets and Bulldogs last met in a rugby league final when Newtown defeated Canterbury 34-6 in a NSW Cup preliminary final at Leichhardt Oval on Sunday, 23rd September 2012. The winner of this Sunday’s ISP NSW title goes on to play the Queensland Intrust Super Premiership winners on NRL Grand Final day at ANZ Stadium on Sunday, 30th September.

The Jets defeated the Bulldogs on both occasions in the 2018 ISP NSW competition rounds. Newtown won 22-20 at Belmore Sports Ground on 21st April, and then beat Canterbury 20-6 at Henson Park on 2nd June.

This match is being telecast by Channel 9 from 3.00pm.

It will be broadcast live by Steele Sports (www.steelesports.com.au), with their grand final day coverage beginning at 12 noon.

The club proved to be a marvellous post-match venue after our grand final victory in 2012, and it will be even better this coming Sunday!

The 2018 NSWRL Jersey Flegg grand final between Penrith and Cronulla-Sutherland kicks off at 12.45pm at Leichhardt Oval on Sunday.

And here is the NSWRL Intrust Super Premiership Team of the Year:  Check out who has made the team and who is coach of the year: https://www.nswrl.com.au/news/2018/09/21/2018-intrust-super-premiership-nsw-team-of-the-year/

TICKETS:
Adults: $10
Free entry for children aged 12 and under.