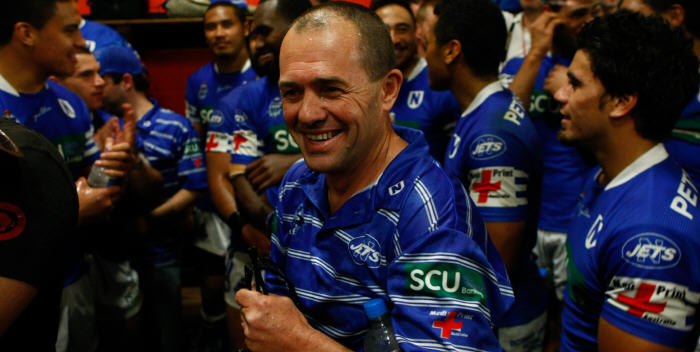 Big turnover of players at the Jets this off-season

The Newtown Jets are in full-on recruitment mode with the start of the 2017 rugby league pre-season rapidly approaching. Several of the Cronulla Sharks second-tier players who gave such good service to Newtown in 2016 have moved on to other clubs. Newtown’s NRL partners the Sharks have been busy with their own off-season player-recruitment program, while the Jets will be announcing some new signings of their own in the upcoming weeks.

Jets head coach Greg Matterson enters his tenth successive year as head coach at Newtown, a record coaching appointment for the old club and a very rare extended coaching tenure in NSW Rugby League circles. The Jets have won one premiership and narrowly lost another Grand Final under Matterson’s stewardship since 2008, and Newtown has only missed the finals twice in the past nine seasons.

Matterson has scheduled a staff meeting at the Jets’ Marrickville training base on Thursday afternoon of this week, and it will also be the first official training session of the 2017 pre-season. Several younger Newtown squad members have already been working out at the Jets’ gymnasium in preparation for the start of the new pre-season.