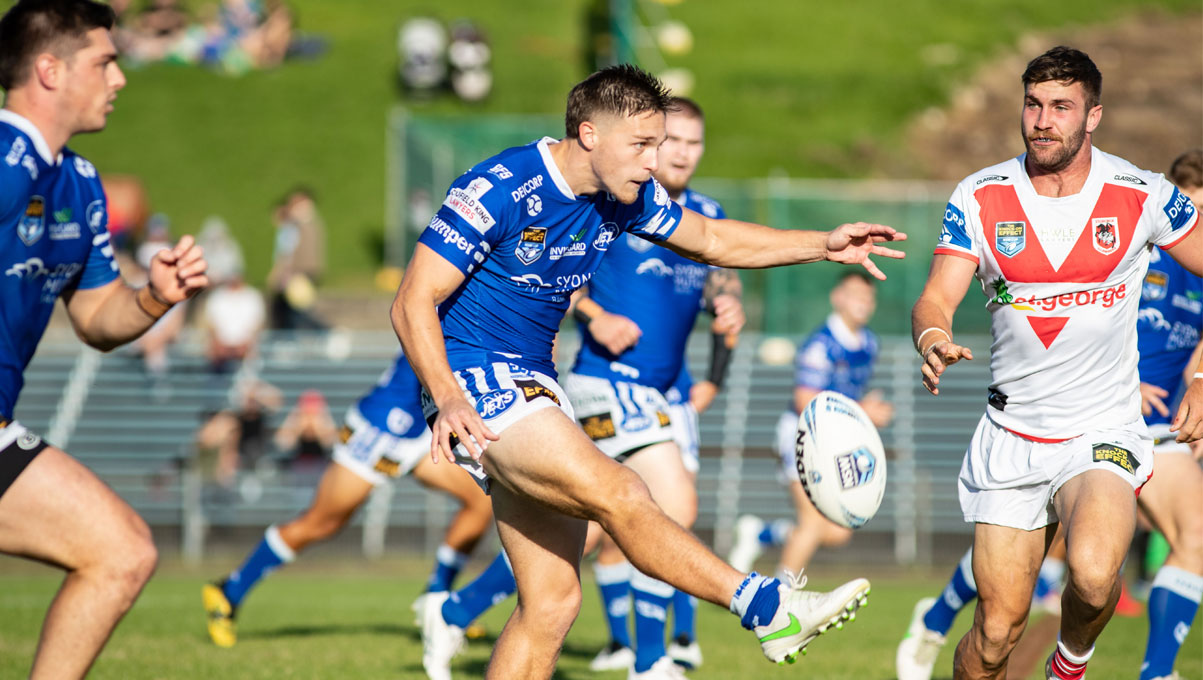 Newtown Jets get Back Into the Winner’s Circle.

The Newtown Jets defeated St George-Illawarra by 44-20 in their 11th round Knock-On Effect (KOE) NSW Cup fixture at Henson Park on Saturday, but not before having to survive a few anxious moments.

The Jets started in spectacular fashion with two converted tries in the first four minutes, with both tries being scored by the outstanding young front-row forward prospect, Franklin Pele. Pele’s second try, a sixty-five metre effort in which he brushed aside several would-be tacklers and sprinted like an outside back, sent the ground announcer John Lynch into raptures.

Newtown led 24-16 at halftime after conceding soft tries to the Dragons and bombing at least two further try-scoring opportunities of their own.

The Jets began the second half in the best way possible, with an exhilarating try to Eddie Aiono on the back of top-class cut-out passes from halfback Manaia Rudolph and five-eighth Luke Metcalf.

The Dragons stayed in the contest with another try, and it took a quite superb individual try-scoring effort from Papua-New Guinea international centre Nene Macdonald in the 58th minute that gave the Jets some degree of control of the game.

Coach Greg Matterson had expressed concern at half-time that despite Newtown’s rousing start, the Jets had started to play touch football.

Poor execution and timid defence had cost Newtown dearly in the first half and kept the Dragons in the game.

The multi-skilled Billy Magoulias set the Jets backline moving on several occasions with some deft ball-play and hooker Zac Woolford was very effective in the dummy-half role.

Front-rower Daniel Vasquez made a lot of ground through the middle and no doubt appreciated the opportunity for more game time.

Newtown has a bye next weekend (29th/30th May) and then has an important showdown against the well-credentialed Canberra Raiders at Henson Park on Saturday, 5th June at 3.00pm.

The curtain-raiser at Henson Park: