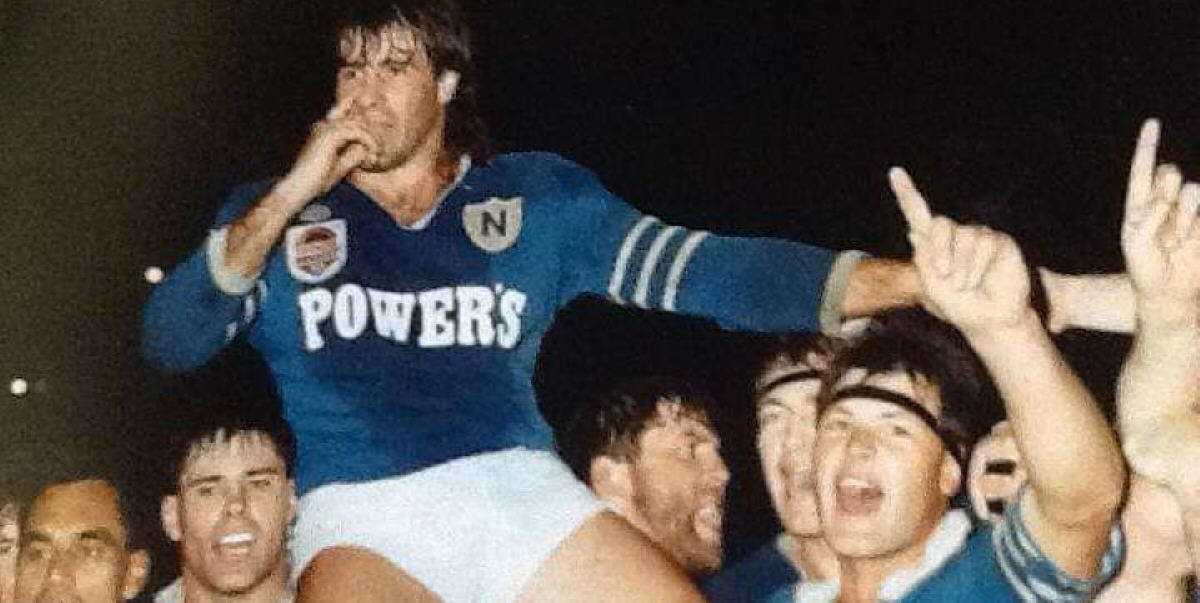 Live Saturday afternoon chats are back this weekend.

With the COVID-19 lockdown still in full swing, we’ve been poring through the Newtown Jets archives recently.

Here’s the latest gem we’ve unearthed – a clash with North Sydney Bears at NorthPower Stadium circa 2000.

The highlight of the link below is the magnificent midfield break by that Jets cult figure from 2000, Mark Tookey:
https://www.facebook.com/newtownrlfc/posts/2112549898902588

There are a lot of familiar names in the Toulouse Olympique squad that gives this promotion-chasing club a real Henson Park flavour.

The former Newtown Jets players playing for Toulouse Olympique are:

Having six former players in the one French rugby league club is surely a Newtown Jets record!

Another former Jet – Hep Cahill – who played with great distinction for Newtown between 2006 and 2008, and who later played nearly 200 games with Widnes in the Super League competition, is currently the non-playing coach of the Sarina Crocodiles in the Mackay district rugby league competition in North Queensland.

Here’s a reminder of the terrific Father’s Day Newtown Jets merchandise specials – your choice of Tom Raudonikis t-shirts at $26.50 each, and/or the superb Newtown Jets Crew Jumper and cap package for $85.00.

Both Newtown Jets histories are still for sale: Taking It To The Streets – The Second Life of the Newtown RLFC at $30.00, plus Through Blue Eyes – A Pictorial History of Newtown RLFC at $15.00.

Both books are available online through the above-listed Newtown Jets merchandise website and have been recommended by an array of celebrity readers.

What about this amazing special for yourself, or to send to faraway friends?
Philter Brewery is selling the Jets Super Fan Pack – a case of Henson Park Draught plus a classic Newtown Jets t-shirt for $99.00.
This lockdown might mean you can’t get down to Henson Park for home games, but you can still support the mighty Newtown Jets from your own home.
Every Jets Super Fan Pack sold means $ for the club!

Use this link for your purchase of this fabulous offer: https://www.philterbrewing.com/buy-beer/p/jets-super-fan-pack?ss_source=igshop&ss_product_id=60eff787423b562616ca14dd

You can be assured that all of the other items in the wide range of Newtown Jets clothing and merchandise are all still available online.

Check out the range of Newtown Jets jerseys; T-Shirts; Hoodies and Jackets (including wet-weather jackets); Children’s Caps, T-Shirts, Polos and cotton tote bags; plus accessories such as stubbie holders, car stickers and rugby league footballs. You can make your selections and purchase online by going to: www.newtownjetsclothing.com.au

Here’s an interesting foray into Newtown’s past with this intriguing photo originally supplied by the rugby league historian, Terry Williams.

This photo from 1967 shows the high-performance Australian Heavyweight and Commonwealth Light-Heavyweight boxing champion Bobby Dunlop leading a group of Newtown Bluebags on a training run through Centennial Park.

John Lynch advises that Bobby Dunlop was living in Marian Street, Enmore around the time this photo was taken.