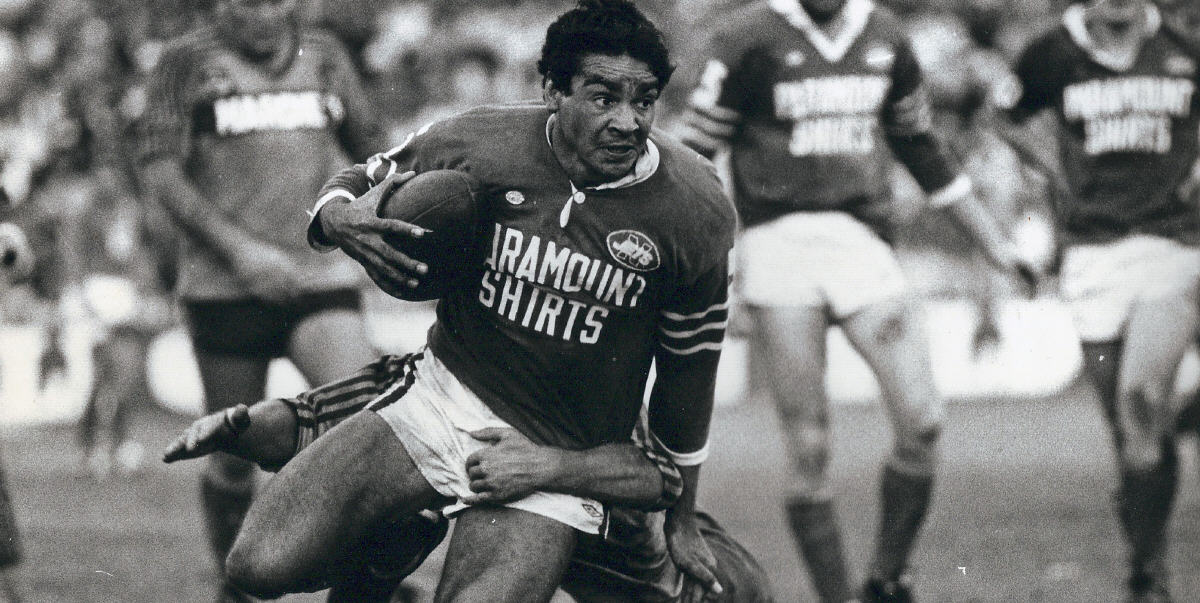 The great Ray Blacklock in action for the Newtown Jets at the SCG in 1981. Jim Walters and Phil Gould are the Newtown players in the background. Photo: Terry Williams Collection.

The Newtown RLFC regrets to announce the recent passing of the former Newtown Jets winger and fullback Ray Blacklock.

Ray played with the Newtown Jets in 1981 and 1982, including the famous 1981 NSWRL Grand Final between Newtown and Parramatta. He played 31 games for Newtown in those two seasons and scored 13 tries.

Newtown supporters of the early 1980s will recall Ray’s dashing wing play and the thrilling moments when he and fellow wingman John Ferguson linked up in midfield to create some spectacular tries.

Ray was 65 and died following a long illness.

The Newtown RLFC extends sincere condolences to Ray’s family and to his former team-mates.