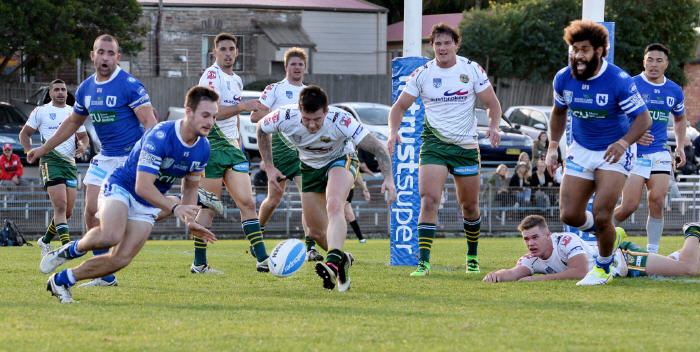 The Jets have named a strong side for this Sunday’s match against North Sydney – as long as the Cronulla Sharks contingent pull up healthy after Wednesday night.

The Newtown Jets take on their fellow 1908 foundation club the North Sydney Bears in what really is a critical match for both clubs. The Jets are coming off three successive losses and Norths are by no means safe in eighth position on the Intrust Super Premiership NSW competition table.

The North Sydney team is:

Can’t get to North Sydney Oval on Sunday?

This match is being broadcast by Steele Sports live from 3.00pm on www.steelesports.com.au

You can also keep up with the match developments and scores as they happen by becoming a Newtown Twitter Follower on www.twitter.com/newtownrlfc

You can do the same on Facebook by going to: www.facebook.com/newtownrlfc

The Newtown RLFC and the Music & Booze Co. are pleased to present the inaugural Beer, Footy and Food Festival at Henson Park on Saturday, 30th July. The Jets are at home to Penrith that day.

This year’s annual Newtown Jets Reunion Day is on Saturday, 27th August when the Jets host Manly-Warringah at Henson Park.  Start spreading the word amongst all your friends. This year’s special guest teams are the 1996 Metro Cup First Grade premiership team and the 2006 NSWRL Premier League Runners Up.