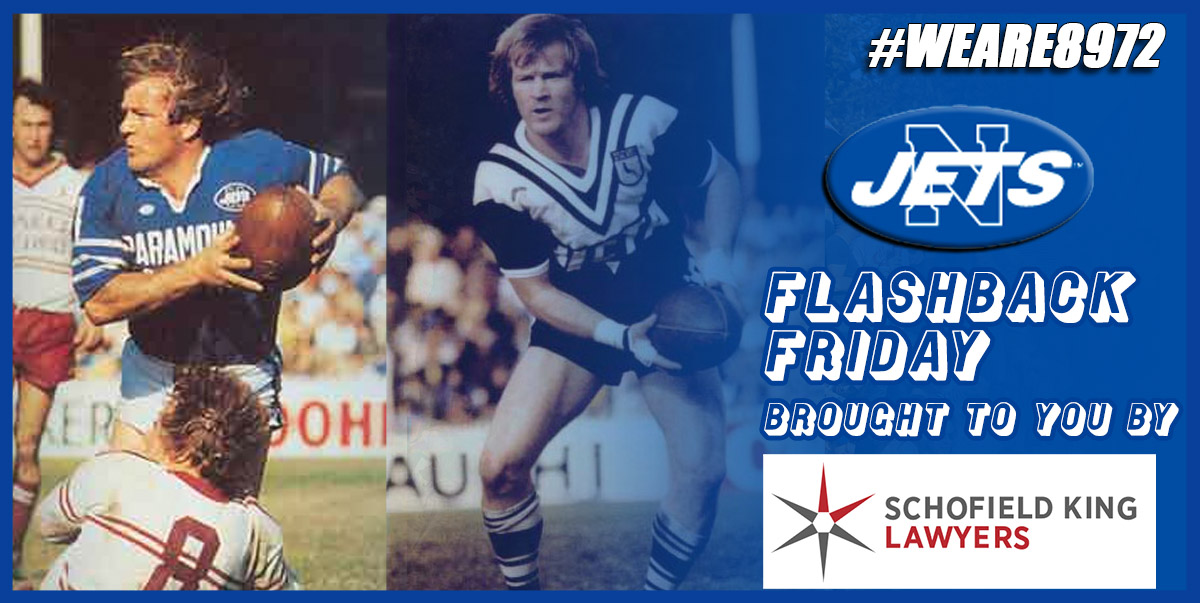 They’re two of the games traditional battlers – Western Suburbs and Newtown. Both clubs experienced a fair degree of heart ache during their years in the top grade and while they may not feature in the NRL, there’s still plenty of fun to be had when these two teams come together in the Canterbury Cup competition. With this week supposed to be the latest installment of the Tommy Raudonikis Cup, we thought we’d have a look back at some of the names who have represented both these proud clubs at first grade level.

A man who needs no introduction! This talented halfback was born in Bathurst to a Lithuanian father and Swiss mother and arrived at the Magpies in 1969 after being recruited from the Wagga Kangaroos. Australian’s number one halfback for most of the 70s, Raudonikis helped turn Wests into premiership contenders with his whole-hearted (and sometimes aggressive) performances in the number seven jersey. His career appeared to be winding down when he was recruited to Newtown by club benefactor John Singleton in 1980, but his influence both on and off the field proved a huge factor in the Jets return to prominence during the early part of the decade. Despite battling injury and indifferent form during the 1981 season, Raudonikis returned to the first-grade side right on the eve of the finals and scored an inspirational try in the grand final loss to Parramatta that temporarily put Newtown in the lead. Departing for Queensland at the end of 1982, Tom Terrific was named Newtown’s Best Imported Player of the Century in 2008.

A nuggetty five-eighth or lock, O’Grady debuted at Western Suburbs in 1974, but spent a season honing his craft in the country with Wests Illawarra in 1975. Returning to the Magpies in 1976, he was named the player of the series in the 1977 Amco Cup after the black and whites upset Easts in the competition  final. Moving to Newtown in 1980, ‘The Snake’ played a prominent role in Newtown’s memorable 1981 season. A non-playing reserve for NSW in the sole Origin game that year, O’Grady also scored the opening try of the 1981 grand final after beating four Eels in a 20-metre sprint to the line. He moved to St George in 1983, spending three seasons with the Red-V before captain-coaching Cudgen Headland in the Group 18 competition.

While he is well known in league circles for being one of the most prominent faces of Wests’ Fibro era, Gibbs actually made his Sydney debut for Newtown during the 1977 season. Hailing from Oberon in New South Wales’ central tablelands, ‘The Sloth’ played for Workington Town during the 1975/76 English season and represented the Other Nationalities side before moving to Sydney football. Gibbs played 12 games for the Jets during the difficult 1977 season before joining the Magpies to play under Roy Masters where he established a reputation as one of the premierships most imposing front rowers.

Another former Magpie who went on to play a prominent role in Warren Ryan’s 1981 grand finalists, Blyth arrived at Henson Park in 1979 after 47 first-grade appearances for the Magpies between 1976 and 1978. A hard-running forward who never took a backwards step, Blyth formed a highly effective front-row combination with Steve Bowden during the 1981 season.

After seven seasons representing St George, this mercurial fullback played seven first-grade games in a forgettable stint with the Jets in 1979. Shifting to Wests in 1980, Lord Ted resurrected his career at the Magpies, playing centre in an underrated Magpies side that went on to play finals footy. After retiring from the Sydney scene at the end of 1982 season, Goodwin captain-coached Parkes and Forbes in New South Wales’ central west before moving to Perth where he became a graded referee, a junior development officer and television commentator for Western Reds games.

One of Australian rugby league’s great pioneers, Courtney was a New South Wales rugby union forward who was banned from the 15-man code in 1907 after playing in an exhibition match against Baskerville’s All Golds while touring Great Britain. Returning to Sydney in 1908, Courtney defected to rugby league and joined Newtown for the game’s debut season. After touring with the 1908-09 Kangaroos, Courtney joined Western Suburbs for the 1909 season before moving to North Sydney in 1910. He played just one season for the Shoreman before returning to Wests for 13 more years!

One of the most decorated coaches in the history of the game, Ryan represented Australia in the Shot Put at 1962 British Empire and Commonwealth Games before playing 22 first-grade games for St George and Cronulla between 1965 and 1968.  After playing for Western Suburbs Illawarra and representing NSW Country in the early 70s, Ryan turned his hand to coaching, taking the reins at Collegians in the Illawarra competition before being recruited to the Magpies as their under 23s coach during the mid-70s. Taking the top job at Newtown in 1979, Ryan turned the Jets from also-rans to one of the competition’s strongest teams, coming within a whisker of guiding the Jets to premiership glory in 1981. After successful stints coaching at Canterbury (1984-1987) and Balmain (1988-1990), Ryan returned to Western Suburbs in 1991, guiding the Magpies to their first finals series in nine years. In 2008, he was named as Newtown’s coach of the Century.