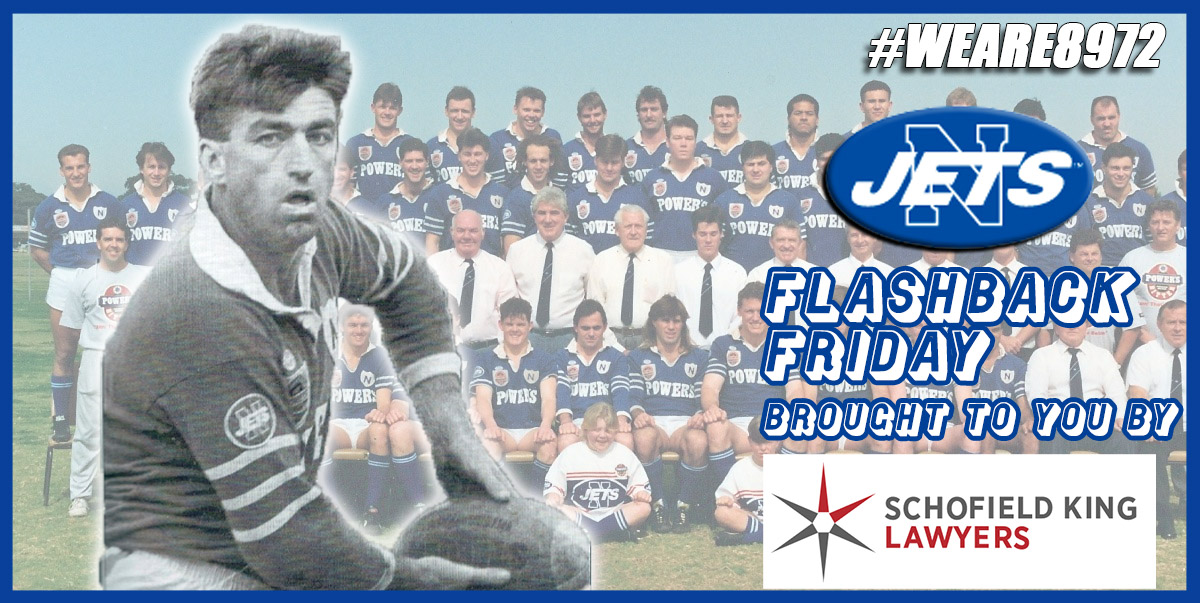 To say that Darryl Neville had a significant impact on Newtown’s recent history would be like saying that Wally Lewis was a pretty handy player for Queensland.

An accomplished first grader for South Sydney and Illawarra between 1984 and 1991, Neville arrived at the Bluebags in 1992 and for the next two and a half decades would go on to make an extremely valuable contribution to the club both on and off the field.

As with many good things that happened to the club during the Metropolitan Cup days, Neville’s arrival can be traced back to the then Jets trainer Col Murphy,

“When the Jets got kicked out of the comp in 1983, Col Murphy, Ron Sigsworth, Bronko Djura and Michael Speechley came over to the Rabbitohs,” Neville says.

“I became great mates with Col and at the end of 1991, when I didn’t feel like playing grade anymore, he gave me a call out of the blue and asked me to come over there.”

“I think I rocked up late, about round 2, and right from the start, I was welcomed into the fold by blokes like Barry Russell, Shane Kelly and Fred Teasdell and felt right at home.”

While Neville had mainly played centre at Winfield Cup level, at Newtown he was able to play his preferred five-eighth spot alongside former Rothman’s Medallist Barry Russell, and boy did that suit him.

“At the end of my (first grade) career my legs just weren’t what they used to be, so I was never going to be a hole runner,” Neville says.

“But I still had vision, so I was able to put a few blokes through with my passing game.”

In Neville’s first year at the club, Newtown won the Metropolitan Cup first grade Grand Final 30-18 over Wentworthville, with Neville playing a big role. That said, he’s quick to pay tribute to the role his teammates played too.

“We were a really well-rounded side,” he says.

“We had a lot of talented blokes who spent a lot of time in the big clubs’ lower grades.”

“Freddy Teasdell was a particularly big factor. Sure, he could be a bit of a joker, but as our captain, he knew how to lead.”

1992 wasn’t the only year Neville tasted premiership success at the Bluebags, though. After announcing his retirement at the end of the 1994 season, he sat out 1995 before being coaxed out of retirement by Murphy, who had assumed the role as Newtown’s first grade Metro Cup coach.

“After winning the premiership in 1995, the team had a bit of a rocky start,” Neville recalls.

“I was going along to the home games at Redfern Oval and Col asked me whether I wanted to go around again.”

It proved a masterstroke on Murphy’s part as with Neville on board, the Jets rocketed up from early-season cellar-dwellers to back-to-back premiers with a Grand Final win over the Garry Jack-coached Ryde Eastwood.

Following that game, Neville hung up his boots once and for all, but he wasn’t lost from the club permanently. In 2000 he returned to the fold in a coaching capacity, taking on various roles from coaching advisor, Metropolitan Cup coach and NSW Cup assistant to Greg Matterson.

“I didn’t mind coaching,” Neville says reflecting on his career with the clipboard.

“Although, I preferred doing the one-on-one stuff like skills coaching. You can really understand where a player is at as an individual.”

In 2014, the club acknowledged Neville’s years of service by making him a life member, earning him the rare distinction of being a life member of two foundation clubs in Newtown and South Sydney.

If you want to see Darryl in action this weekend, don’t forget to tune in to JETS TV on www.newtownjets.com this Saturday 2nd May from 3 pm. We’ve got “LIVE coverage” of our 1992 Metropolitan Cup Grand Final against Wentworthville. It’ll be a cracker.