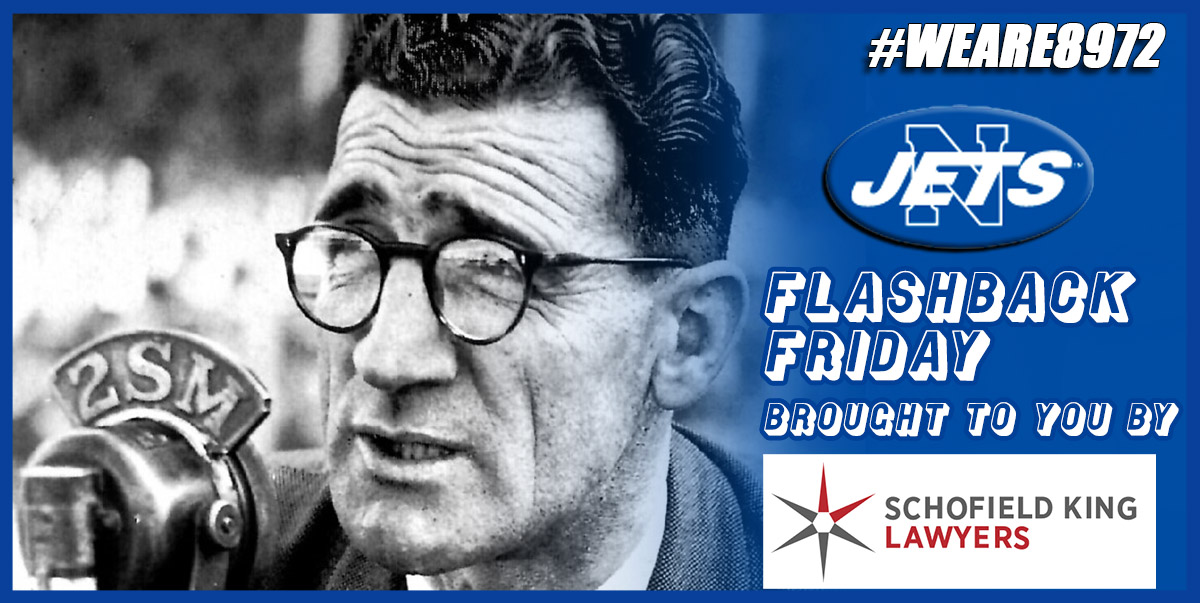 Frank Hyde: The Man Behind the Shield

With Newtown supposed to play Norths this weekend, we thought we’d use this Flashback Friday pay tribute to the man who inspired the trophy both teams aspire to win when they face off every year.

Francis Patrick Aloysius Hyde was born in Millers Point on 7th February 1916. A talented all-round sportsman, Frank Hyde arrived at Newtown in 1934 after being invited to the club by Bluebags legends Frank Gilmore and Tom Ellis who were impressed by the athleticism Hyde displayed during a game of cricket.

A member of Newtown’s premiership-winning third-grade side in 1935, Hyde debuted in the top grade in 1936 in the Blues’ round 5 loss to Balmain at the Sydney Cricket Ground and was also part of the first Newtown side to play at Henson Park a year later.

The highlight of Hyde’s Newtown career was undoubtedly the club’s post-season City Cup triumph of 1937. During an incredibly one-sided final at the SCG, Hyde crossed for three tries in a crushing 57-5 defeat of Eastern Suburbs.

Sadly, the final would be the last game of Hyde’s Newtown career. Under the league’s residential rules of the time, Hyde was forced to transfer to Balmain in the prime of his career. His three-season stint with the Watersiders proved particularly fruitful, as during this period he won the 1939 Premiership, represented Sydney and NSW, and was only denied the opportunity to represent Australia by the outbreak of WW2.

Hyde was once again forced to change clubs in 1942 because of the residency rule, making the move across the bridge to join North Sydney. In his second year at the club, Hyde captained-coached the Norths to grand final, however, despite starting favourites, the Shoreman went down 34-7 to Bumper Farrell’s mighty Bluebags.

Retiring from footy in 1945, Hyde coached Norths again in 1950 but took the most important step in his post-football career in 1953 when he started calling football matches for radio station 2SM. A titan of the Sydney media scene, Hyde went on to call 31 consecutive seasons of rugby league without ever being beaten in the ratings, and became the voice of the game for a generation of fans, providing one of the most iconic catchphrases in the game: “It’s long enough, it’s high enough and it’s straight between the posts”

Sadly, Hyde passed away in 2007 aged 91, but not before earning an MBE, an OAM, the Dally M Life Achievement Award and an induction into the radio hall of fame.

As part of Newtown Jets Virtual Season 2020, don’t forget to tune in to JETS TV www.newtownjets.com and follow us on www.twitter.com/newtownrlfc this Saturday 11th April from 3pm as we revisit the epic 2012 NSW Cup elimination semi-final between the Jets & Bears played at Leichhardt Oval. This game is an absolute nail-biter so get on board Bluebags.