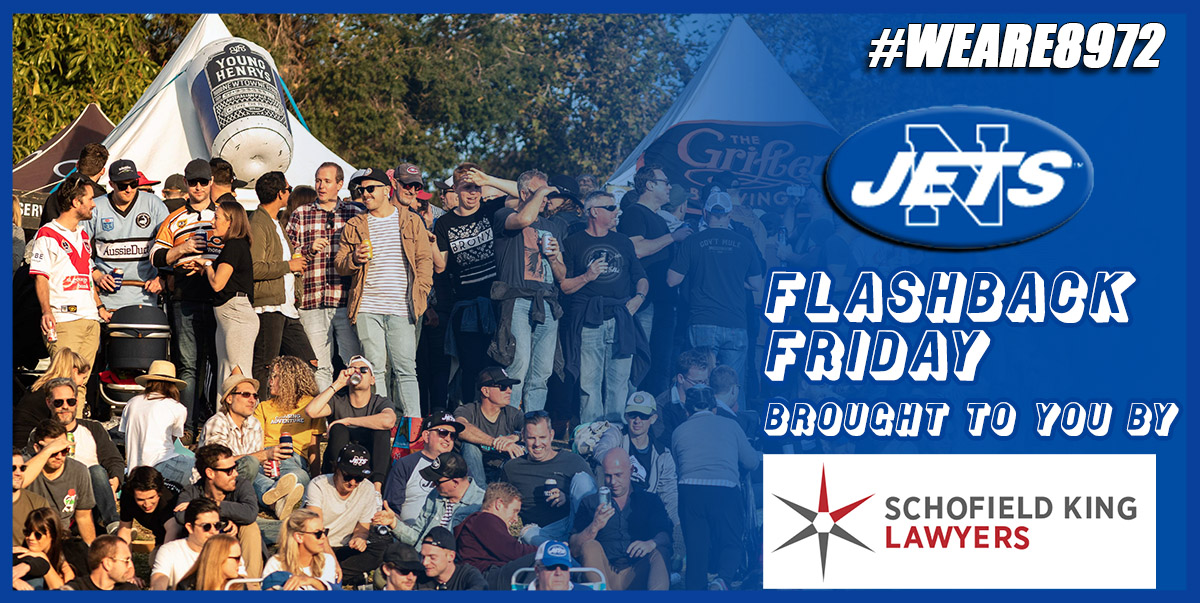 Beer Footy Food Festival 2019 saw one of the biggest crowds at Henson Park in decades and the Jets put on a show on the field to boot. Image: Mario Facchini, mafphotography

It truly was a day for the ages.

On Saturday 27th July 2019, Henson Park was heaving as a crowd in the vicinity of 10,000 packed into the grand old girl to enjoy some good food, some good drink and to watch the Jets roll the Bulldogs 32-12.

It was, of course, the fourth annual Beer, Footy, Food festival and if sensing the grandiosity of the occasion, the then 10th placed Jets put in a spectacular performance against the table-topping Bulldogs.

Former Bulldog Tyrone Phillips got the party started in the 13th minute when he finished off a neat right side play started by bustling backrower Sifa Talakai. This was then followed up by a rapid-fire hat-trick to blockbusting winger Sione Katoa, who scored all three of his tries during an eleven-minute blitzkrieg, the third of which was a 90-metre intercept.

Toa Mata’afa’s try got Canterbury on the board in the 38th minute, but as the teams trudged from the field at half-time, Newtown was well and truly in control, leading 18-4.

A try to interchange forward James Roumanos not long after the break got the Bulldogs within 10 points, but Talakai reasserted the Jets dominance when he regained Kyle Flanagan’s ricocheted grubber and conjured up a try for Will Kennedy.

The flying fullback soon grabbed his second meat pie, after bamboozling the Canterbury defence with a combination with his fast feet. The Bulldogs had the last say in the match when Bronson Garlick scampered over from dummy half for a try, but by that point, it was too little, too late, with Newtown cruising to victory in front of a delirious (and large) home crowd.