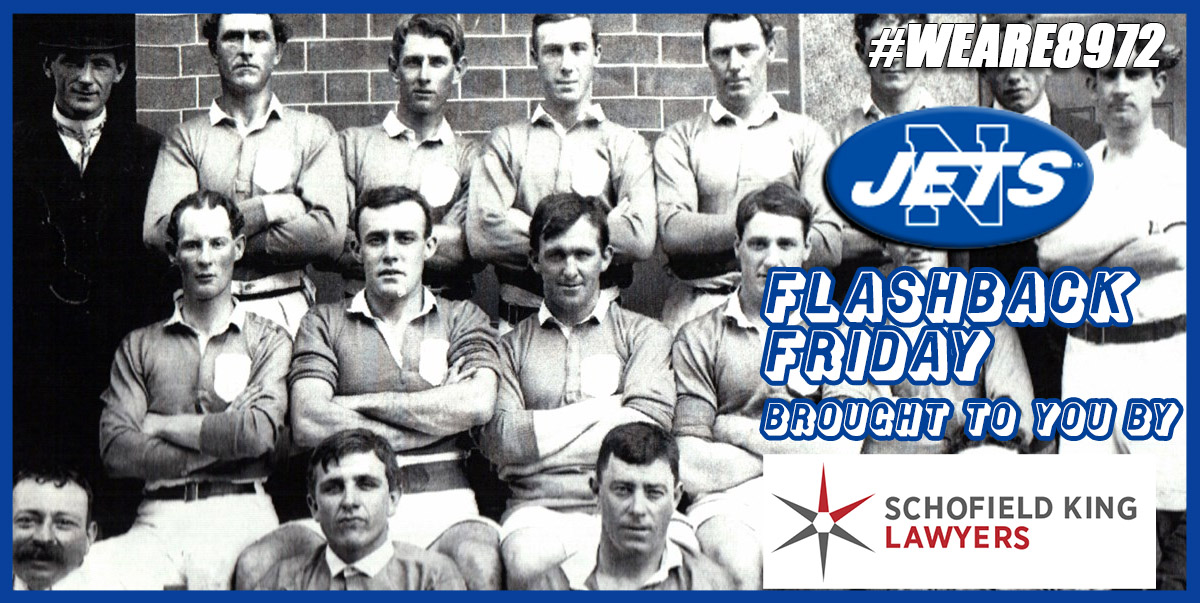 Each week, thanks to Schofield King Lawyers, we bring you a story from our rich history. Today’s tale comes from renowned rugby league historian and Newtown Jets tragic, Terry Williams, who tells the story of the Newtown RLFC player that succumbed to the Spanish Influenza pandemic of 1918-19. This story originally appeared on the NSWRL website.

The world is currently in the grip of a global pandemic over the coronavirus but 100 years ago there was a similar global scare over the Spanish influenza pandemic at the end of the First World War that had tragic consequences for a dual international.

In the early days of Rugby League there were some great forwards whose names still resound over 100 years later – the likes of the Burge brothers, Sandy Pearce, Billy Cann, Arthur Hennessy, Alec Burdon, Bob Craig and Paddy McCue.

One who was fit to rank with any of them but is lesser known is Jack “Towser” Barnett, who like his peers had learned his trade in the amateur code before switching. He was a star in rugby union and versatile enough to act as either a prop or hooker in the scrums and rucks of the day.

As tough as teak he first hit the headlines in 1903 with Newtown and made his debut for NSW that same year before winning Australian selection in 1907. After five Tests as a Wallaby, including the 1908 tour of Great Britain and a gold medal at the 1908 London Olympics, he was part of the great defection at the end of 1909.

He along with other union stars such as McCue, Boxer Russell and the Farnsworth brothers linked with Newtown in rugby league, and they helped the Bluebags win the 1910 premiership. Barnett himself proved an immediate success and won selection for both Test matches against Lomas’ English team that visited our shores that season.

“Towser” went on to be a cornerstone of the Newtown forward pack over six years and toured New Zealand with the NSW team under McCue in 1913 before age caught up him and he retired at the end of the 1915 season.

By then he was getting older, the war had started and he was now married. He’d had a glittering career as a dual international which had brought fame if not fortune and took on a job as a supervisor with Wunderlich at their factory at Rosehill and moved his young family to Parramatta.

But the same work ethic that made him a star on the field would prove his undoing in 1918 with the following obituary posted in the Cumberland Argus on 5 October 2018.

“The death took place at the Parramatta Hospital on Wednesday of Mr. John Thos. Barnett, foreman of one of the departments at Wunderlich’s works, Rosehill. He had a rather severe attack of bronchitis, and was getting round when, owing to the shortage of men, he returned to work on Saturday. This resulted in a relapse, and his condition became so serious, pneumonia having supervened, that he was removed to the hospital, where death occurred shortly afterwards. Mr. Barnett was only 38 years of age, and his widow and two daughters reside in George Street.”

Immediately his former team mates, on both sides of the rugby divide, joined to establish a fund, with Herbert Moran and Paddy McCue leading the way. Several other clubs also kicked in with Newtown holding a social in early 1919 to take the fund over £100, although the committee pragmatically gave 25 pounds to his widow from the proceeds at Christmas time in 1918.

The Pneumonic Influenza epidemic that swept the world in 1918-19 was tough for many people, and caused several deaths in the rugby league community, but they had been through tough times during the war.

Both the nation and the game were resilient then and let’s hope it’s the same case in 2020.