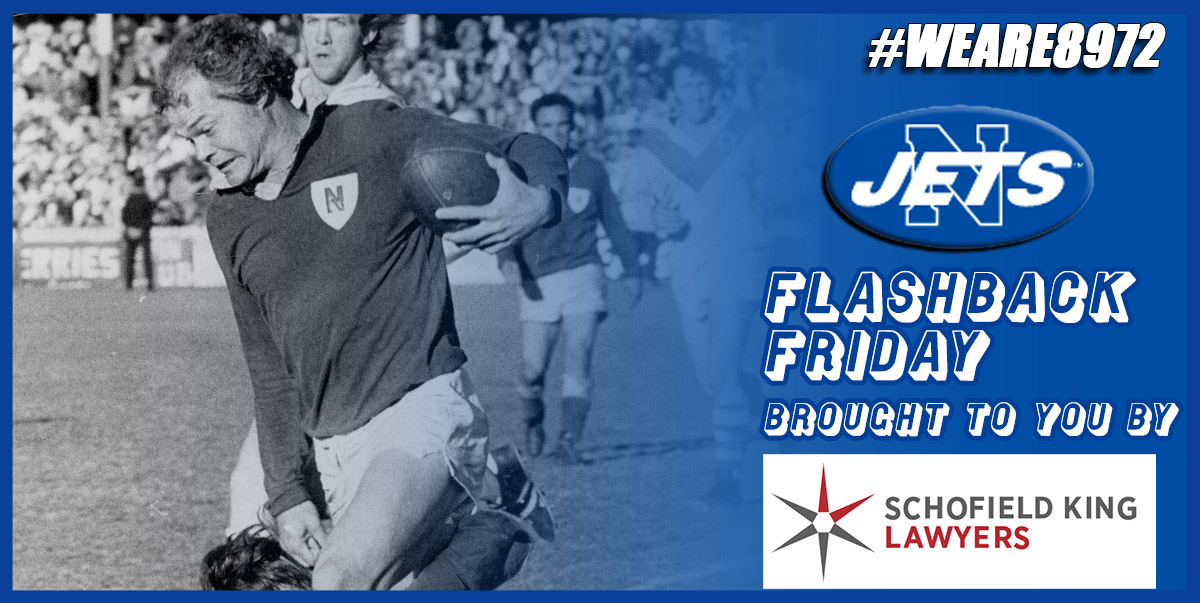 It was arguably one of the most satisfying victories in Newtown’s history although it took a little longer than we expected.

In 1973, the newly renamed Jets were flying high. After six straight seasons without finals footy, the financially embattled club was back in the big time after finishing the regular-season in third place.

After disposing of Canterbury 13-2 in their opening finals encounter, the Jack Gibson-coached Jets were pitted against an imposing St George side captain-coached by future immortal Graeme Langlands in a sudden-death semi-final.

To say that the Dragons were Newtown’s bogey side would be like saying Siberia is merely a little chilly during winter. Heading into season 1973, the “Red V” had won 20 straight premiership matches against the Blues, and while Newtown had regained a little bit of pride by winning the 1973 Wills Cup Final and chalking up a famous 1-0 victory in round 8, the Saints had taken the return fixture 20-2.

St George dominated possession early at the SCG, although tenacious defence from Gibson’s charges meant the best they could manage was a lone goal to Langlands after 15 minutes. Newtown took the lead five minutes later when halfback Steve Hansard played the ball forward to score, and took a 7-4 advantage into halftime courtesy of a penalty goal to John Bonham.

The second-half was a particularly gripping affair. Two more penalties to Langlands gave the Saints an 8-7 lead after 56 minutes before Newtown pulled ahead 10-8 following a fine 60th minute touchdown to skipper Lionel Williamson.

Saints managed to draw level in the 74th minute when Langlands kicked his fifth goal of the day and with golden-point still 30 years from existence, both teams were subjected to 20 minutes of extra time.

Jets lock Neil Pringle thought he’d cost his side their season when he conceded the penalty which allowed the Saints to pull ahead 12-10 in the final minute of extra time, but a handling penalty from Dragons forward Graeme Sams allowed Bonham to level the scores after the siren, in turn forcing the first-ever finals replay in premiership history.

The rematch took place three days later on a Tuesday afternoon, with 27,791 packing out the Sydney Sports Ground to catch the action. John Peard put the Saints ahead 5-0 after 28 minutes, but an unconverted try to Pringle got the Jets within two points by halftime.

Like the previous encounter, the second half proved a battle of attrition, but the Jets finally made the breakthrough in the 55th minute when Hansard scampered across for a try after pouncing on a loose ball in St George’s half for an 8-5 lead.

During the final 25 minutes of the game, the tradesman-like Jets put on a defensive masterclass, ultimately shutting the Saints out of the game and booking a meeting with Cronulla in the grand final qualifier.