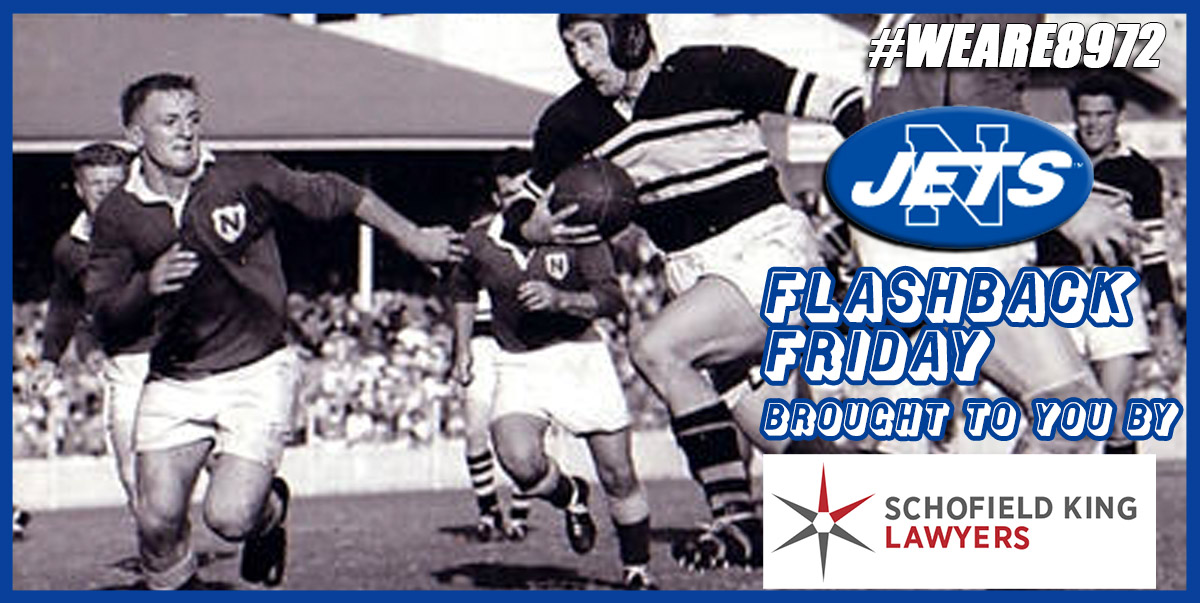 This weekend, Newtown was scheduled to play Newcastle at Netstrata Jubilee Stadium in Kogarah, home of the Saints. Our NRL partners, Cronulla-Sutherland were to be the home team. With that in mind, we’ve decided to profile rugby league immortal, Johnny Raper, thanks to our partners at Schofield King Lawyers

Why? Well, Raper debuted for Newtown, made a name for himself at Kogarah with St George, ended his playing career in the Newcastle comp with Wests and Kurri Kurri after which his coaching career saw him take the helm at the Sharks.

Born in Revesby on 12th April 1939, Raper played his junior football for the Camperdown Dragons but was forced to provide a false address before joining Newtown in order to satisfy the strict residential rules of the time.

Initially a centre or five-eighth, Raper was eventually shifted to the forwards and played a pivotal role in helping the Bluebags win the 1956 Presidents Cup title in his first year at the club.

In 1957, the precocious Raper made his top-grade debut for the Bluebags as a second-rower in round 1 against Manly. Speaking in 1993, Greg Ellis, who played hooker for the Bluebags that day recounted his memories of Raper’s first-grade debut to historian Terry Williams.

“Even in his early days at Newtown he was something special,” Ellis said.

“He was just so non-stop, we said to him ‘Slow down and save some energy for the second half.’ We didn’t realise then he could keep up that pace for the whole game.”

Raper went on to play Newtown until the conclusion of the 1958 season, scoring 10 tries across 37 first grade appearances before shifting to St George where he forged a reputation as one of the best players the game has ever seen. His exploits at the Red V are well documented, so we won’t go much deeper other than during his time at the club he won eight first grade Sydney premierships, played in 33 test matches and won two World Cups.

Raper retired from Sydney football at the end of the 1969 season, moving north to Newcastle where he joined the famous Western Suburbs club as captain-coach for 1970 season. Success was almost instantaneous, not only did Raper lead Wests to a 21-14 win over Maitland in the Grand Final, he was also selected to captain NSW against the touring Great Britain side – a remarkable achievement for a country based player! After three seasons with the Rosellas, Raper joined Kurri Kurri, where he played out his career until the conclusion of 1974.

Returning to Sydney in 1975, he coached at Cronulla for two seasons, before his career eventually came full circle following a coaching stint with Newtown in 1978.

In 1981, JR was named one of the four inaugural “Immortals” by Rugby League Week. A host of honours followed in 2008 as part of Australian Rugby League’s centenary celebrations.