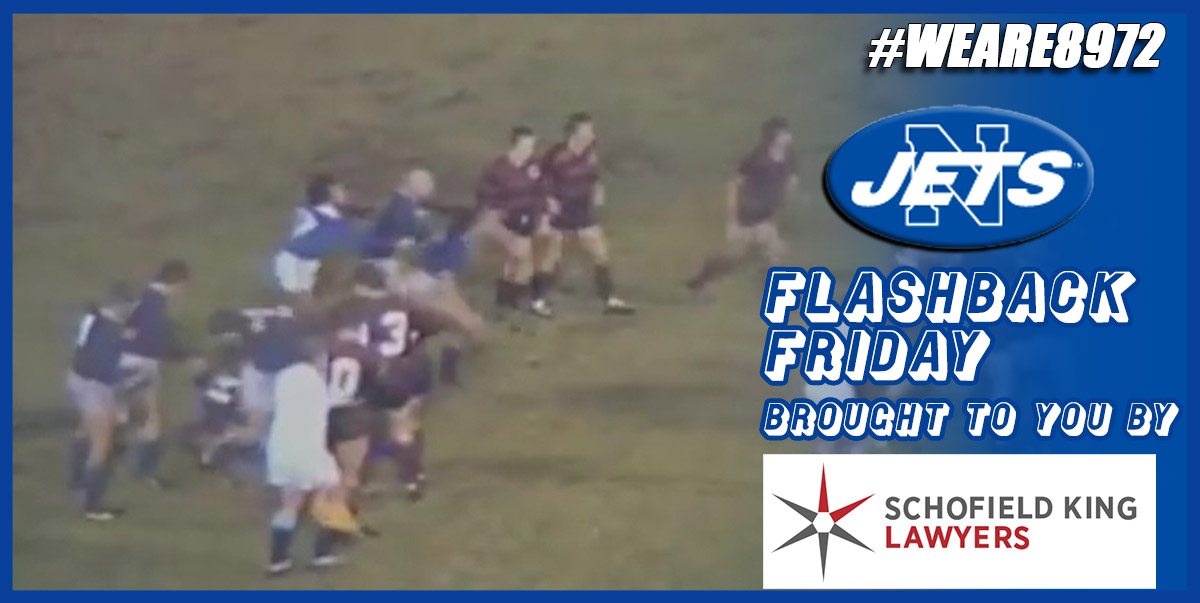 It was a night where tempers flared and fists flew but video ultimately ruled the roost.

It was 12 May 1976 and Newtown was squaring off with fellow foundation club North Sydney at a sodden Leichhardt Oval in a midweek Amco Cup fixture.

With both teams anchored to the bottom of the premiership table after eight rounds, the AMCO Cup was shaping up as the only way either one of them would see any silverware that season, so a win in the knock-out competition was vitally important.

Despite the high stakes, most of the match was nothing much to write home about, with poor handling from Newtown and expert hooking from British Bear John Gray allowing North Sydney to dominate proceedings. However, the real action came midway through the final quarter when a vicious brawl broke out.

It all started when a North Sydney defender attempted a swinging arm on Newtown replacement Paul Johnson as the latter attempted to go to ground with the ball. Newtown hooker Ron Turner flew in to defend Johnson, which in turn sparked a donnybrook that even Muhammad Ali would have been reluctant to enter.

Former Jets half and Golden Gloves boxer Paul Hayward was particularly prominent in the brawl, going toe-to-toe with Gray who, despite hailing from Warwickshire, showed that he was more than capable of performing a Liverpool Kiss.

“Well, it was certainly a bit more exciting than the Sound of Music,” remarked commentator Ray Warren, who didn’t seem to be particularly perturbed by the violence unfolding in front of him.

When the dust had settled, three players had been sent from the field, North Sydney’s Neville Makin for an alleged punch as well as Hayward and Newtown centre Mark Wright who were charged with kicking and punching.

That wasn’t the end of the story though. Three more players were also cited after league officials reviewed the tape post-game in what was the first instance of video being used to punish players for poor on-field behaviour.