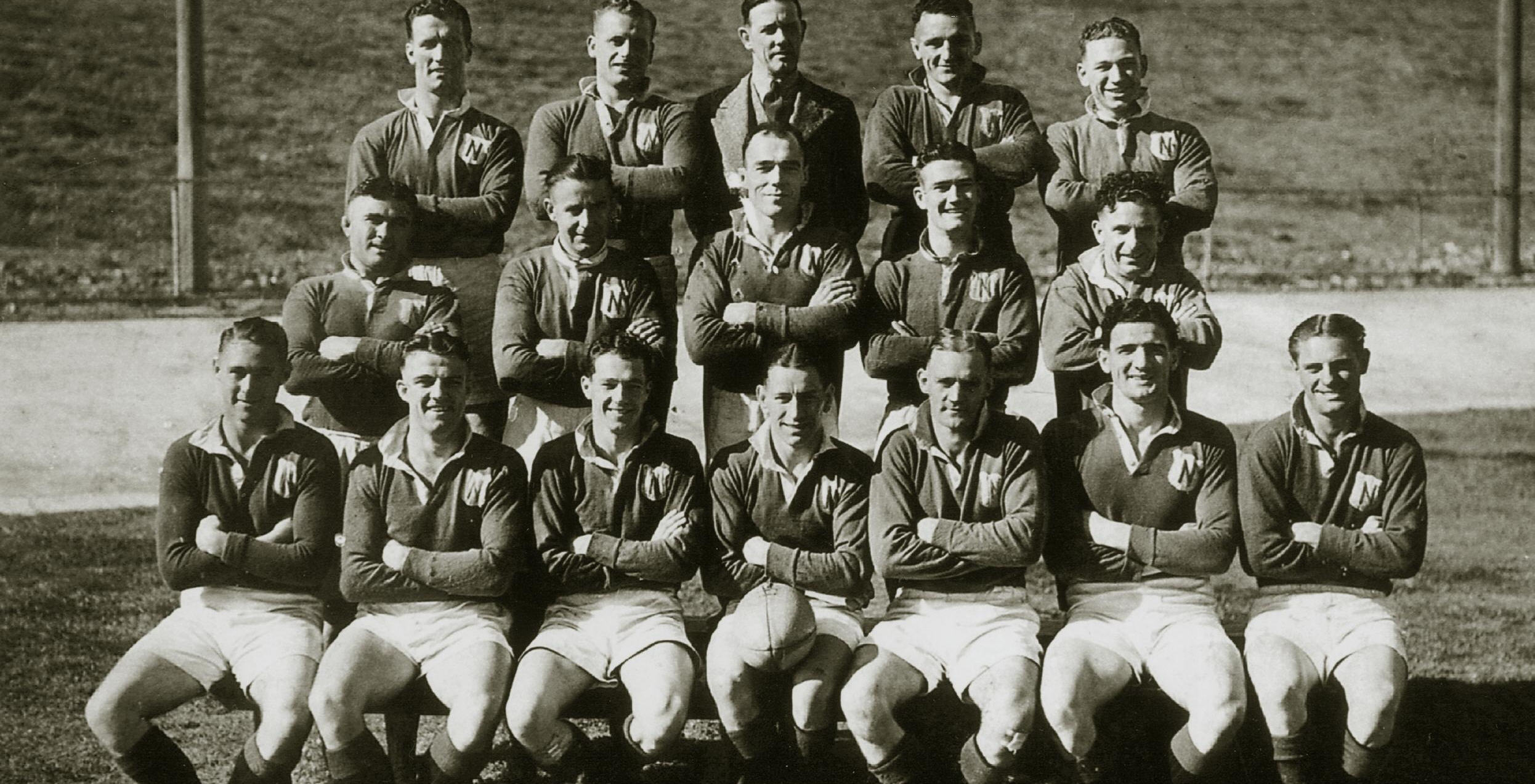 The Frank Hyde Shield goes on the line this Saturday at North Sydney Oval, when Newtown does battle with fellow foundation club North Sydney. Legendary Rugby League identity Frank Hyde played with pride for both clubs.

Having had the rugby league bug since I was a kid Frank Hyde was a central part of my life growing up. Not only did I listen to his radio calls but I watched him on Channel Nine with Ron Casey, read his columns (even the Catholic Weekly) and had devoured every word of his life story when it ran as a series of articles in RLW during the 1977 season.*

So when I interviewed him it was more a pilgrimage than an interview. Although I had never met him Frank was overjoyed at the thought of the book and keen to share his memories of some of the men he remembered with affection. He even broke out as bottle of his famous home brew for the chat, and who was I to knock back a chance to share a beer with such a legend?

Frank’s mind was still razor sharp and he could remember the 1937 City Cup final clearly and described Freddy Smith’s field goal from halfway in graphic detail. “I can still see the ball sailing over the posts” he said. The 55-7 win over that year’s premiers was his last game in a Newtown jersey and he marked it by scoring three tries in a performance that announced him as a major talent.

He had nothing but praise for the blokes he played with and later against after being  forced to switch clubs by virtue of the residential rule, firstly to Balmain and then later to North Sydney.

Herb Narvo was a particular favourite and Frank still rated him as one of the best forwards he had ever seen. “Narvo was a freakish athlete who could have done anything,” he said. “He is the only man I have ever seen who could run at full pace even when bending over.” He waxed lyrical about Narvo as a man too, as did every person I spoke to him that knew him.

Given that Frank had run into Narvo’s fist repeatedly during the 1943 Grand Final the assessment was from both first and second hand experience, but they were great mates.

He also told a few Bumper Farrell stories, but they’re for another day.

When I drove away from his place at Queenscliff that day I was intoxicated, and it wasn’t down to the one bottle of beer we shared. I knew full well his achievements on and off the field and legacy he had left, but I was always as much a passionate fan as a passionate historian.

After that first meeting I got to chat with him several other occasions, and my respect grew into affection and gave me a chance to engage with his children. Those stories, too, are for another time but I must confess that I cried when he died in 2007.

*I did, however, draw the line at listening to his records