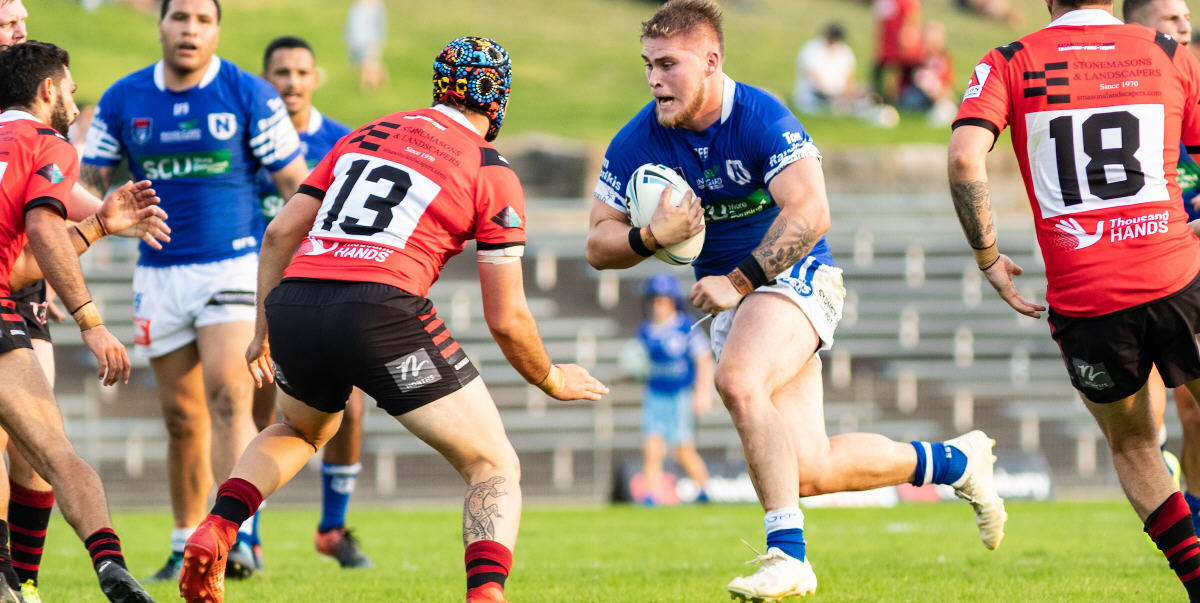 The Newtown Jets survived a prolonged second half onslaught from the North Sydney Bears to hold on for a thrilling 32-30 win at Henson Park on Saturday afternoon.

The Jets bounded out of the blocks to run up a 24-0 lead after just twenty-seven minutes, but then faced the inevitable pushback from the Bears once they obtained more ball and field position. Norths scored two converted tries in the ten minutes leading into halftime for Newtown to take a 24-12 lead into the break.

The second half provided an abundance of thrills for the big crowd at Newtown’s first home game of the 2019 Canterbury Cup NSW season. The Jets increased their lead to 30-12 early in the second half, but the Bears dominated for the remaining thirty minutes. Norths turned on a near-flawless display in the second half, with a high completion rate and only one error being made in the entire second forty minutes.

Norths methodically ran Newtown’s lead down, drawing level with the Jets with fourteen minutes still to play. Newtown kicked a penalty goal nine minutes from fulltime to edge ahead by two points. In what must have seemed an eternity for Newtown’s army of supporters, the Jets repelled everything the Bears threw at them in attack in those tense final moments and hung on for their first victory of the season. The win doubtless will be a great morale boost for this young Jets team.

Highlights of the afternoon included:

Details of Newtown’ next game – please make note of the earlier kick-off time: