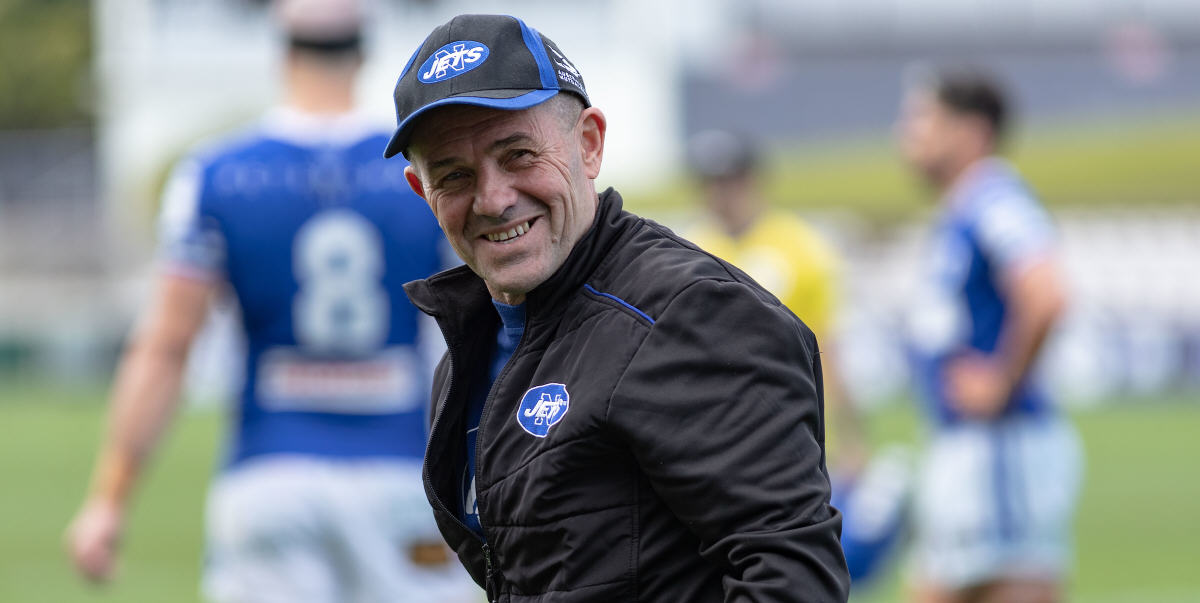 Greg Matterson pictured prior to this tear’s Major Semi-Final on the 10th September 2022. Photo: Mario Facchini/mafphotography

The Newtown Rugby League Football Club announces that the club’s NSW Cup Head Coach, Greg Matterson, has indicated that he will resign from his position at the conclusion of the 2022 season.

Greg makes this decision to resign from the position of Head Coach with the very best wishes of the entire Newtown club.

He has compiled an outstanding record in his time at Newtown. He originally coached the club’s Jim Beam Cup team in 2005 and 2006 with considerable success and then served as Assistant Coach of the club’s NSW Cup team in 2007.

Greg took over the club’s NSW Cup coaching position in the NSWRL Centenary Year of 2008. His overall coaching record as Head Coach at the Newtown RLFC between 2008 and 2022 is of the highest order.

He coached Newtown to NSW Cup premiership titles in 2012 and 2019, as well as the NRL State Championship title in 2019.

His record-breaking tenure as Head Coach of the club’s NSW Cup team coincided with Newtown becoming the standard-bearer for the NSW Cup competition in terms of increased home game attendances at Henson Park, progressive club administration and in providing a reliable pathway for young players to move from junior representative teams into the NSW Cup ranks and then ultimately into regular NRL team places.

There are many players in the modern-day NRL and UK Super League competitions whose careers have been greatly improved by having played under Greg Matterson’s coaching.

He achieved all this at a club that was considerably less well-resourced than many of its opposing rugby league clubs.

Greg has agreed to accept a new role as the Head of Football with the Newtown RLFC for the 2023 Season, with a view to assisting in a seamless transition to a new coaching regimen at Australia’s oldest rugby league club.

The Newtown RLFC owes a great deal to Greg, and we extend our good wishes to him, his wife Kerry and to their family members.

He has had extensive coaching experience as captain-coach of the Kurri Kurri Bulldogs, Assistant Coach with the Newcastle Knights and Newtown Jets NSW Cup teams and more recently, coach of the Cronulla Sharks Jersey Flegg team.

George takes up the Newtown NSW Cup coaching position with the highest recommendations from both Greg Matterson and the Cronulla Sharks NRL Head Coach Craig Fitzgibbon.

This club will be extending further commendations in the near future to Greg Matterson for his coaching and man-management achievements at the Newtown RLFC, and he will be appropriately honoured at this year’s Presentation Night (date to be confirmed).