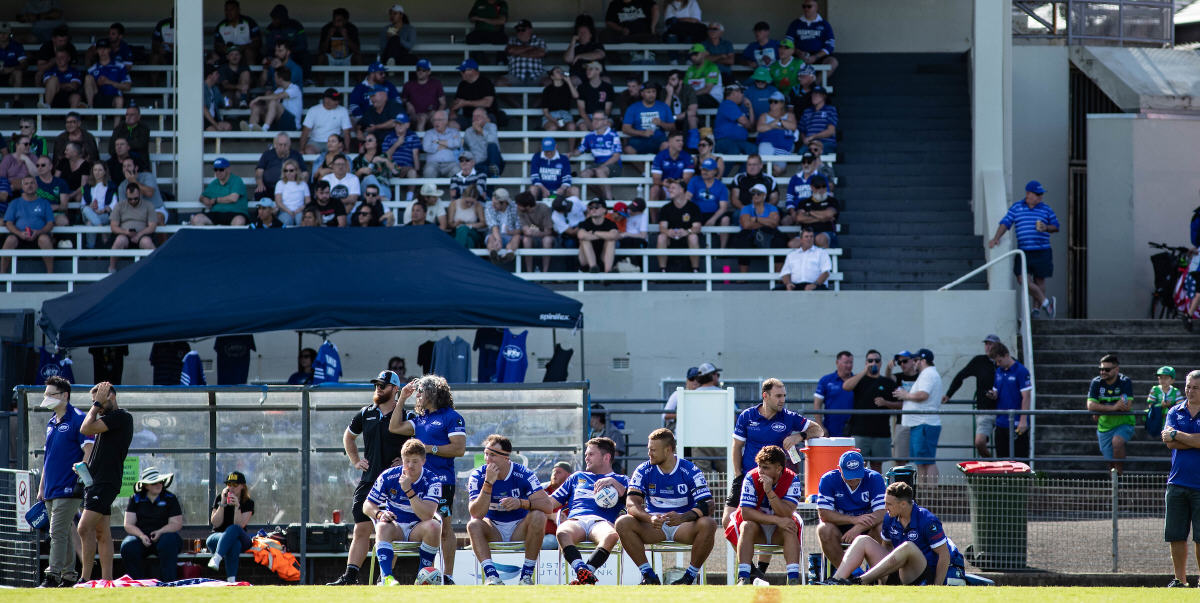 The Newtown Jets interchange bench at Henson Park last Saturday. (The above photo was supplied by Mario Facchini, mafphotography.)

Important information about the venue, day and kick-off time for Newtown’s NSW Cup match against Parramatta this weekend

Please note this information about Newtown’s Round Two NSW Cup match against the  Parramatta Eels:

The Newtown RLFC extends sincere condolences to the family and friends of Oscar Danielson, who passed away earlier this week.
Oscar played with Newtown from 1970 to 1972 and was the first player of Samoan heritage to play in what was then the NSWRL first grade premiership competition.
The big front-rower had previously represented the New Zealand Kiwis in 1967 and 1969.
Oscar coached at Corrimal in the Illawarra rugby league competition after he left Newtown.
May he rest in peace.

Farewell to the great Dave Hadfield.

The Newtown RLFC extends sincere condolences to the family and friends of the English journalist and author Dave Hadfield, who passed away earlier this week. Dave was widely regarded as one of the foremost rugby league journalists, authors and commentators of the past forty years.
Dave had visited Australia and New Zealand on numerous occasions and had made many friends within Newtown Jets circles.
(Dave is pictured above in the green shirt covering a recent Rugby League Challenge Cup Final at Wembley Stadium. Photo courtesy of the UK Super League). Dave’s wit, wisdom and exceptional penmanship will be greatly missed in the rugby league world.