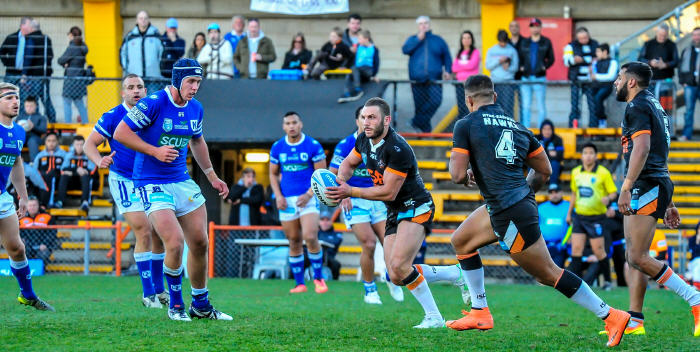 The Jets take on the Panthers at Henson Park on Saturday – and they will be motivated by what happened back on the 25th June.

Both teams will be fielding changed line-ups from when they last met five weeks ago.

Tomorrow at Henson Park will also see the inaugural Beer, Food and Footy Festival where the very best of Inner-West craft breweries and niche food outlets will be operating on the Henson Park hill. This is a terrific innovation by the Newtown RLFC as the club continues to establish strong links with the boutique businesses and entrepreneurs that are making inner-western Sydney such a special place to be part of.

For more information on tomorrow’s Festival, check out this link:  http://www.newtownjets.com/beer-footy-food-festival/

This match is being broadcast live around the world on:  www.steelesports.com.au

Here is the ISP NSW competition table after 20 rounds:  http://live.nswrl.com.au/comp/197

Please note that Newtown’s next game (Round 22) is against the Newcastle Knights on Saturday, 6th August and is being played at the Hunter Stadium in Newcastle.

It is not at Henson Park!

The kick-off time is 12.40pm and the game is being televised live on Fox Sports One.

We extend a warm welcome to Penrith’s General Manager Phil Gould, who played with Newtown in 1981 and 1982 and who we are reliably advised will be at Henson Park tomorrow.

Here’s how the NSWRL has previewed this weekend’s ISP NSW matches:  http://www.nswrl.com.au/news/2016/07/28/previews_intrust_sup.html

And here are the highlights from all of last weekend’s Round 20 ISP NSW matches: http://www.nswrl.com.au/news/2016/07/26/highlights_intrust_s.html

Mark this date down:

Controversy Corner returns to the Petersham RSL Club on the evening of Tuesday, 16th August when the Newtown Jets will stage a rerun of what was an iconic Rugby League television show. One of the original show’s regulars, Noel Kelly, is on the panel along with former referee Greg McCallum, former Bulldog Mark Hughes and Adrian Proszenko from the Sydney Morning Herald. More guests will be announced along with the full booking details very soon.

There are still a few tickets available for the Newtown RLFC’s promotion of the movie Broke (directed by the son of former New Zealand and North Sydney great Mark Graham), The special showing of this outstanding Australian movie is on Wednesday, 10th August at the Dendy, Newtown. Full details are on:  http://www.newtownjets.com/newtown-jets-presents-broke/

There were plenty of top class photographers on hand to capture the amazing scenes from last Saturday at Leichhardt Oval. Check their work out:

Congratulations to Junior Roqica and Kurt Capewell who represented the Cronulla Sharks and the Newtown Jets at a recent event to raise funds for people whose homes had been destroyed in the 2015 Kurnell storms. Well done lads!

Keep up with the match developments and scores as they happen by becoming a Newtown Twitter Follower on www.twitter.com/newtownrlfc

You can do the same on Facebook by going to: www.facebook.com/newtownrlfc

This year’s annual Newtown Jets Reunion Day is on Saturday, 27th August when the Jets host Manly-Warringah at Henson Park. Start spreading the word amongst all your friends.

This year’s special guest teams are the 1996 Metro Cup First Grade premiership team and the 2006 NSWRL Premier League Runners Up.