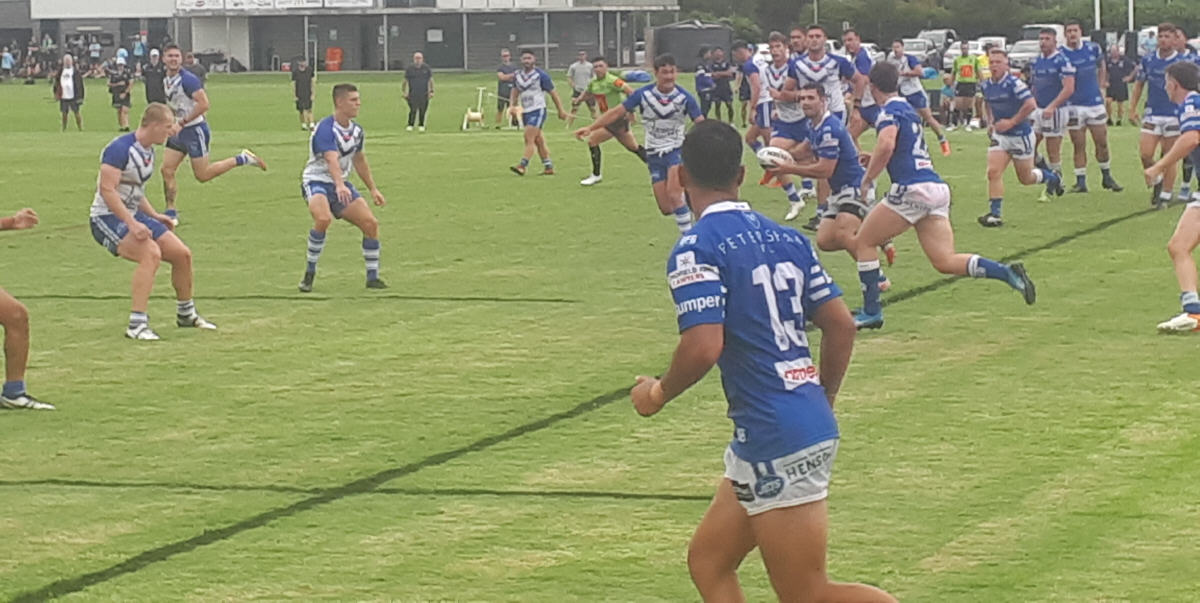 There’s three minutes left to play and the scores are 12-all. Photo: John C. Moriarty

Jets and Bulldogs draw 12-all in final trial match

This was a keenly-contested match and both teams would have benefited from this spirited hit-out. The former Newtown Jets second-rower Phil Gould, now the General Manager of Football with the Canterbury Bulldogs, was in attendance and deemed this to be a really worthwhile trial game.

Newtown narrowed the margin to 12-6 through a well-constructed try to second-rower Reubenn Rennie right on half-time, with this try being converted by fullback Lachy Miller.

Both teams showed resolution in defence in their own halves in the second half, but the Jets broke through to create a try for winger Jonaiah Lualua eight minutes out from full-time. Five-eighth Eli Levido landed a splendid conversion from wide out to tie the scores up at 12-all.

The Newtown coaching staff will now need to decide upon their playing squad for round one of the 2022 NSWRL Knock-On Effect NSW Cup, when the Jets will host the Canberra Raiders at Henson Park on Saturday, 12th March at 3.00pm.

Hooker: Jayden Berrell, ex-Ipswich and Wynnum-Manly, Queensland Cup Player of the Year in 2021.

Dylan O’Connor: ex-South Sydney NSW Cup, then with Newtown in 2021;

Jonah Ngaronoa: ex-Sharks Jersey Flegg, has played with Newtown since 2019;

Tyla Tamou: well-known and admired by Newtown fans, he has been a utility back with the Jets since 2017;