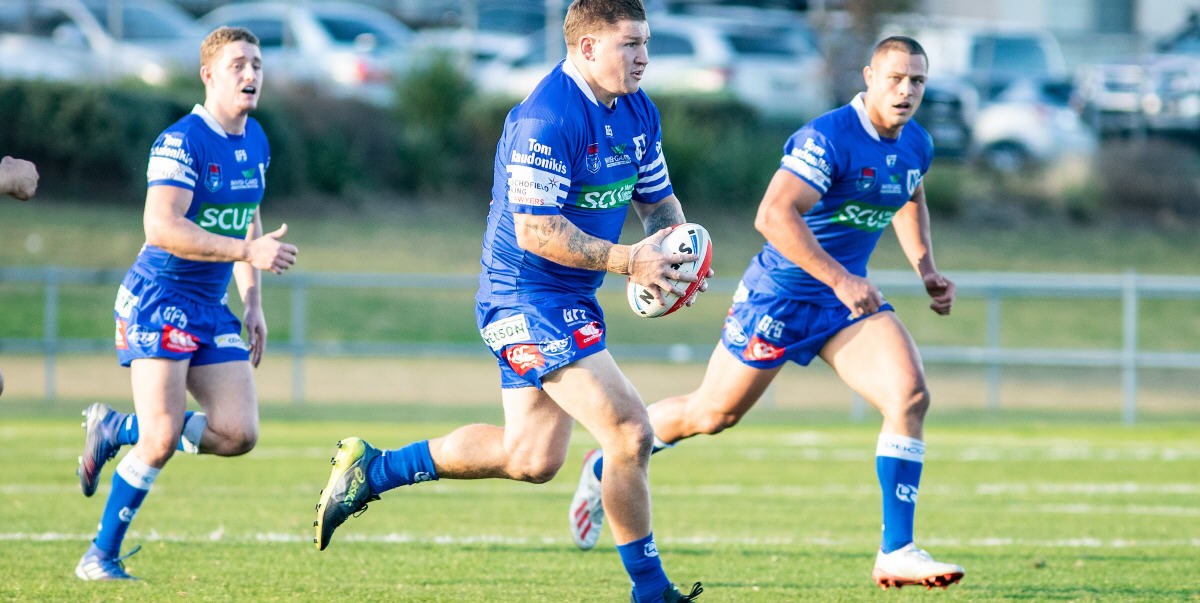 Jets and Bulldogs get ready for grand final rematch

The Newtown Jets and Canterbury Bulldogs will meet at ANZ Stadium on Sunday in what will be the first meeting of the two clubs since last year’s fiercely-contested Intrust Super Premiership grand final.

The name of the principal competition sponsor may have changed since 2018, but Sunday is another important match for both teams.

The Bulldogs are in third place on the Canterbury Cup NSW competition table and potentially could be top of the table if results go their way.

And of course all Newtown Jets supporters know that their team is undefeated since the seventh round – and accordingly a member of our distinguished club alumni, Jamie Soward, has tipped Newtown to win by two points in his match preview below.

This match is the main curtain-raiser to the Canterbury Bulldogs v Cronulla Sharks NRL fixture at ANZ Stadium on Sunday at 4.05pm.

“Both these grand finalists were slow to start the year in terms of their consistency, but they’ve really found themselves in a groove over the last couple of months. The Bulldogs have quality that should be in the NRL, the loss of Lachlan Lewis may impact them, but they are a way better side than I predicted this year. The Jets have done very well to get themselves in a position to make the top 8 this year. Jets by 2.”

One serious omission from last week’s list of current and former Newtown Jets who were playing in the various international rugby league matches and State of Origin II last weekend – Briton Nikora was overlooked.

Briton of course played most of 2018 with the Newtown Jets, and he has now established himself as a regular member of the Cronulla Sharks 2019 NRL team. Briton made his international debut in the second-row for the New Zealand Kiwis against Tonga at Mt Smart Stadium last Sunday – and judging by his performance he’s going to be wearing that famous black and white jersey for quite a few years to come. His omission from last week’s list was brought to our attention by none other than the eagle-eyed Wayne Leong!