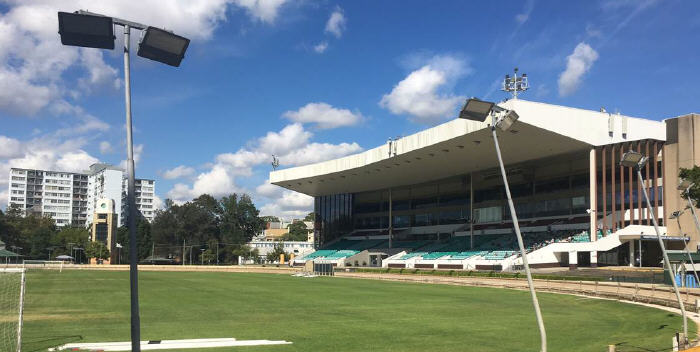 Historic Wentworth Park, where the Newtown Jets return to play in a rugby league trial match on Sunday, 11th February, after an 91 year absence. Photo courtesy of Inside Sport magazine.

When the Newtown RLFC last played in a rugby league match at Wentworth Park 91 years ago, the great Jack Lang was the Premier of NSW; the Sydney Harbour Bridge was still being built; and the abominable Adolf Hitler was still just the leader of an insignificant political party in Germany. The Newtown Jets will make a historic return to Wentworth Park this Sunday, 11th February, when they play the first of their 2018 trial matches.

Newtown’s Ron Massey Cup partnership club, Glebe-Burwood, will also be making a nostalgic return to the Glebe Dirty Reds’ old home ground, Wentworth Park, this coming Sunday afternoon. They will be appearing as the Glebe Dirty Reds on the ground where the Glebe RLFC last played back in 1929, 89 years ago.

The full afternoon details are:

Be part of a most auspicious occasion in NSW Rugby League history and get down to Wentworth Park this Sunday afternoon!

There has been considerable media interest in the return of rugby league to historic Wentworth Park this Sunday, and this article by James Smith has appeared in Inside Sport magazine:

The Newtown RLFC regrets to announce the passing of Greg Kay, a Newtown Jets supporter and good friend of a great many Jets fans.

This tribute to Greg appeared on the Newtown RLFC Facebook site on the 6th February:

“Sincere condolences to the family and friends of Greg Kay, who lost his bathe with terminal cancer today. Greg was as passionate a Bluebag as you are ever likely to meet, a wonderful teacher with a wicked sense of humour, and just an all-round great bloke. R.I.P. Greg.”

The Newtown RLFC extends congratulations to Barry Russell, who has been named as the new CEO of the Cronulla-Sutherland RLFC. Barry had a distinguished playing career with the Cronulla Sharks in the 1980’s, and he comes into his new role after a series of high-level and successful executive appointments. Barry also played with the Newtown Jets in 1992, and was the high-performance halfback in Newtown’s Metropolitan Cup first grade premiership-winning team in that year.

Wests Tigers RLFC has notified the Newtown RLFC that 2018 Newtown Jets members will have free entry to the Western Suburbs v Newtown Intrust Super Premiership NSW trial match at Campbelltown Stadium on Saturday, 24th February at 4.45pm. Newtown RLFC 2018 membership cards will need to be presented at the gates to gain free entry. Many thanks to the Wests Tigers and Western Suburbs clubs for this friendly gesture.

For all those Newtown Jets supporters following the progress of Newtown Bluebag, I’m advised that this fabled equine will be racing again at Canterbury on Friday, 16th February.