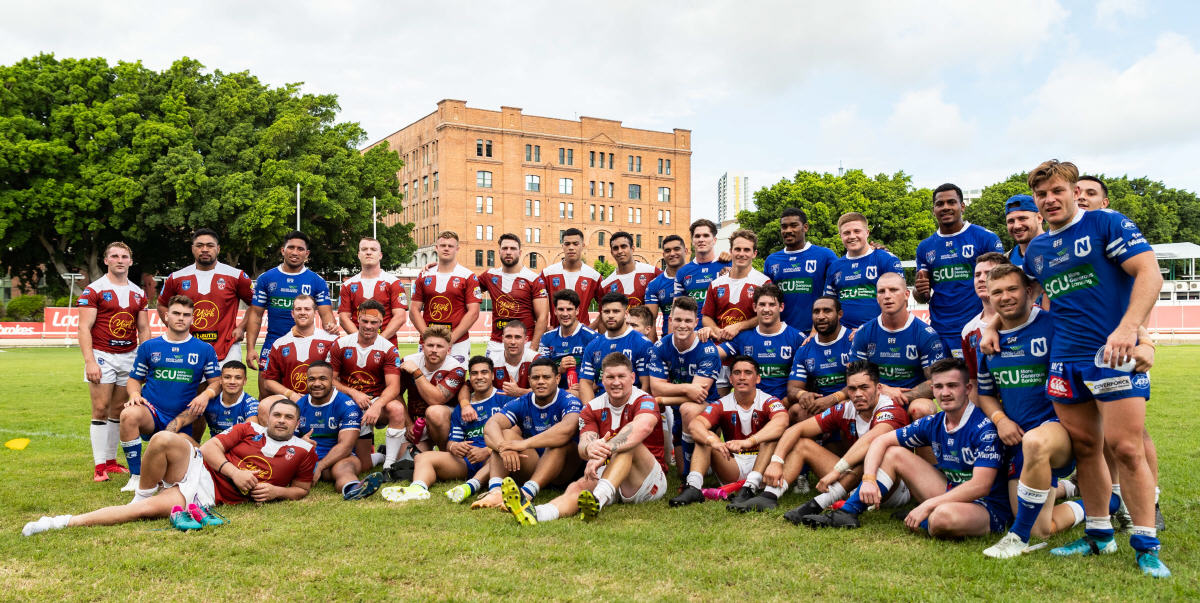 History was made at Wentworth Park on Sunday afternoon when the Glebe Dirty Reds hosted the Newtown Jets in a pre-season trial match. This was in fact the first meeting of these two 1908 foundation rugby league clubs in 91 years, made possible by the re-establishment of the Glebe club in 2015.

The Glebe Dirty Reds now play in the Ron Massey Cup and the Newtown Jets are the reigning premiers of the Canterbury Cup NSW competition.

A special trophy was instituted for this match – the Alex Bolewski Cup, commemorating the great rugby league pioneer who played with both the Glebe and Newtown clubs, as well as representing NSW. Alex Bolewski also served in World War I for two years.

The match was played in mild weather conditions and it had been agreed that this trial would be played in three segments of twenty minutes each. It was also agreed that there would be no conversion attempts taken for the purposes of this game.

Newtown dominated possession and field position in the opening twenty minutes and led 12-0 at the first break, with the three try-scorers being second-rowers Matt Stimson and Tom Caughlan, as well as burly front-rower Brandon Luamanu.

Fijian trialist Keresi Maya and former Canterbury Bulldogs centre John Olive added tries in the second session. Glebe gained a bigger share of possession and tightened up their defence in what was a try-less third twenty-minutes segment.

While Newtown might have run out winners by 20-0, both coaches had plenty of positives to take away from this match in terms of their teams’ performances in this opening trial game.

The Newtown Jets used these players:

And the following players turned out for the Glebe Dirty Reds:

Curtain-Raisers at Henson Park on Saturday, 22nd February:
The Cronulla Sharks play Canterbury Bulldogs in a Jersey Flegg trial match at 3.00pm, and there is a full round of Sydney Roosters junior representative games (Harold Matthews, SG Ball & Tarsha Gale) prior to that.