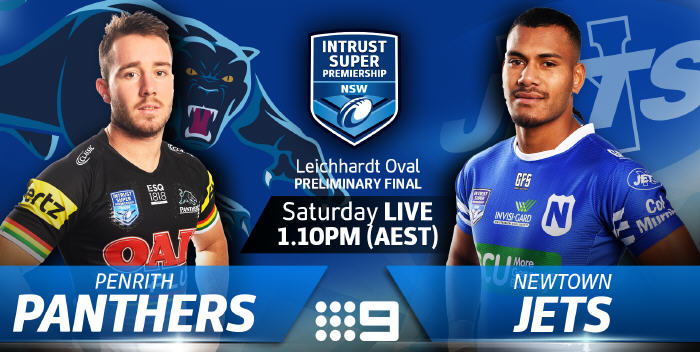 The Newtown Jets head into Saturday’s Intrust Super Premiership preliminary final against Penrith at Leichhardt Oval on the back of an impressive 34-16 elimination semi-final victory against Mounties. The Jets defeated the Panthers 36-12 back in round 4, and lost narrowly 28-24 to Penrith in the 20th round before a big Henson Park crowd on the Beer, Footy & Food Festival Day.

Saturday’s match is being televised live on Channel 9, but the Jets officials, players and team staff will be hoping that a huge Royal Blue contingent gets to Leichhardt Oval on Saturday to roar the boys home.

This match is being telecast live on Channel 9, and will be broadcast live on Steele Sports, www.steelesports.com.au

It truly was a night to remember for the Newtown RLFC at the NSWRL annual awards ceremonies held at the Star City Casino on Monday, 10th September 2018.

The 2018 NSWRL Club Person of the Year (the Ray Steller award) was announced as Stuart McCarthy, the CEO of the Newtown Jets RLFC.

This is a very much deserved honour for Stuart, who has held this position (or an equivalent) with the Jets since late 2007.

If there is a harder working and more committed club official in rugby league than Stuart, we’d like to hear the nominations!

The Newtown RLFC extends congratulations to Stuart for winning this award, which indicates his standing in the broader rugby league community.

The Dirty Reds confront minor premiers Wentworthville in a preliminary final at Leichhardt Oval on Sunday, 16th September at 1.00pm.