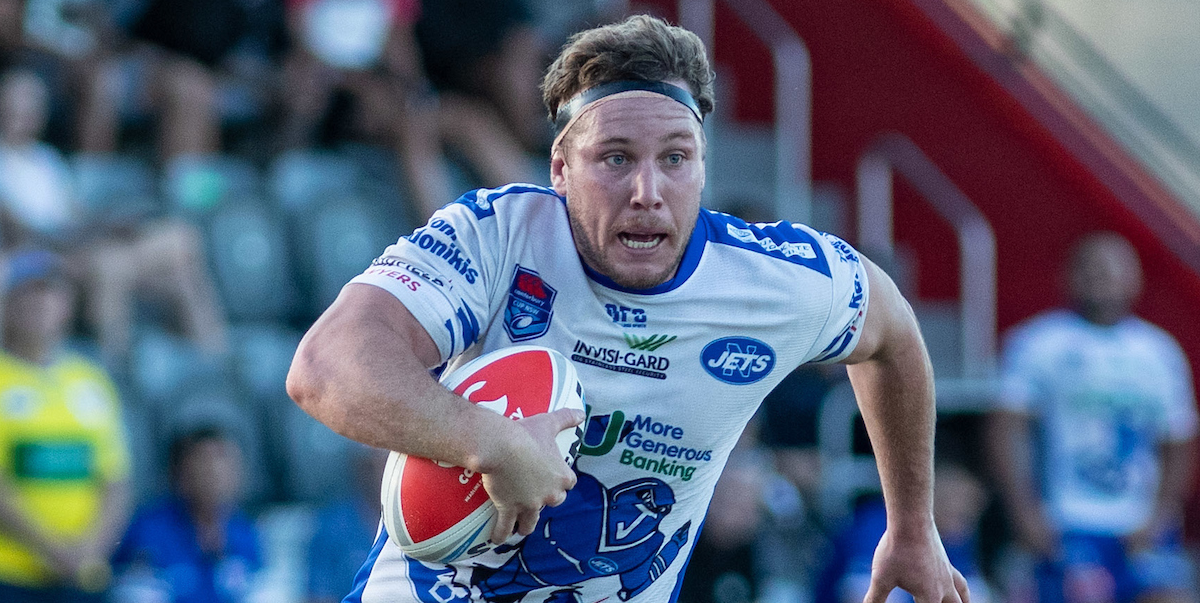 Newtown forward Brock Gray breaks clear to score the last-minute try that enabled the Jets to draw level. Newtown centre Moung Dut is in the background on the right of the photo. Photo: Mario Facchini, mafphotography

The Jets drew level in the last minute of play when powerful backrower Brock Gray burst through to score when it seemed that the Sea Eagles would hang on for a narrow win.

This match was played in four twenty-minute quarters, with the opening thirty minutes being played in searing heat. The shadow of the grandstand and a cooling breeze made for better playing conditions in the second half. Both clubs agreed that there would be no conversion attempts in this match.

The Jets and Sea Eagles each used around twenty-eight players, and competition for places in Newtown’s team in the opening competition round will get tougher with only one trial match still to play.

Elusive fullback Honeti Tuha scored Newtown’s first try in the 17th minute and five-eighth Wyatt Rangi (formerly with the Glenora club in Auckland) scored just before half-time. Brock Gray’s last-minute try came after the Sea Eagles had the better of the final quarter.

This match is a curtain-raiser to the Cronulla Sharks v Canterbury Bulldogs NRL trial match at 6.00pm.