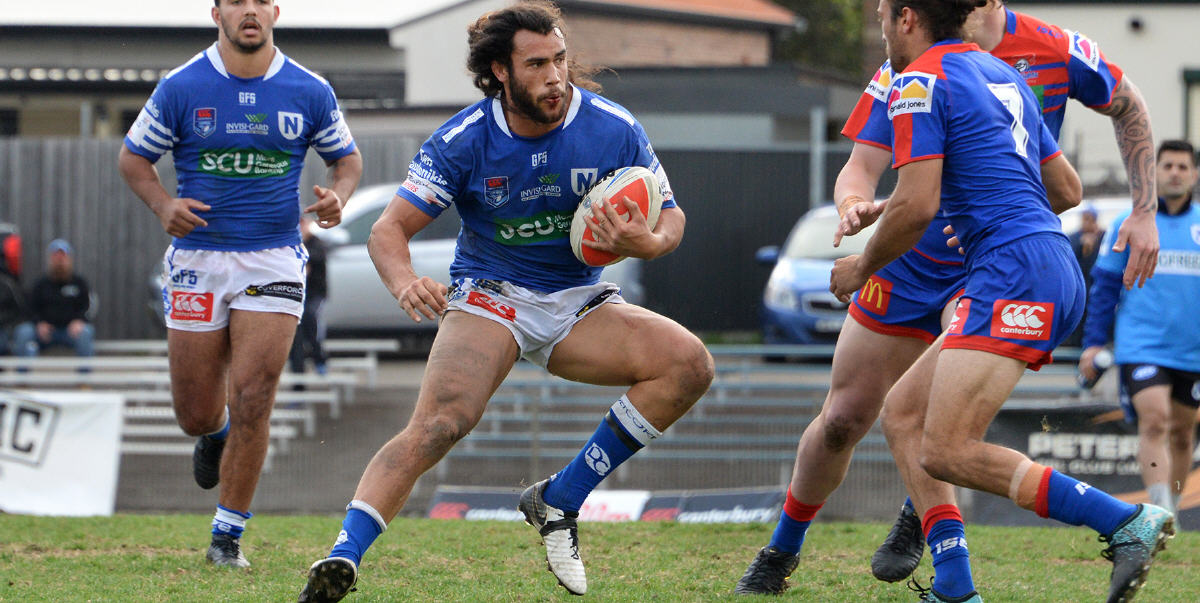 The Newtown Jets led 28-6 at half-time in their 24th and final Canterbury Cup NSW competition round played against the Newcastle Knights at Henson Park on Saturday. The Jets then had to scramble to defend that lead in the second half, with the final score being 34-22 in Newtown’s favour.

The Jets ran up a 28-0 lead after just twenty-five minutes and dominated possession and field position. The Knights gained a bigger share of possession in the second half and pulled back to trail 28-18, with enough time left for the visitors to potentially stage one of the comebacks of the year.

Newtown had an 82 per cent completion rate in the first half but this fell back to 62 per cent in the second forty minutes. The Jets overall performance fell away after half-time and allowed the Knights back into the contest.

The Jets finished in seventh position on the Canterbury Cup NSW competition table after having lost six of their first seven games. Newtown had a good record in their ten home games at Henson Park in 2019, winning eight, drawing one and losing one. One other Newtown Jets “home game” was played at PointsBet Stadium (Shark Park) on 23rd March, which resulted in a loss to Mounties.

Newtown will play sixth-placed Mounties in an elimination semi-final at Campbelltown Stadium next Saturday, 7th September, with the kick-off timed for 12.45pm.

The match timeline was:

Will Kennedy try in 3rd minute, not converted. Newtown 4-0.

Will Kennedy try in 14th minute, converted by Trindall in 15th. Newtown 22-0.

Young backrower Monty Raper made his senior rugby league debut in a very capable manner with the Newtown Jets at Henson Park on Saturday. Monty is a product of the Cronulla-Sutherland juniors system, and he has represented the Sharks in the Harold Matthews, SG Ball and Jersey Flegg junior competitions. Monty’s great-uncle Johnny Raper played with Newtown from 1956 to 1958 before moving on to a stellar career with St George. Another of Monty’s great-uncles Peter Raper played with Newtown in 1976 and 1977 and was at Henson Park on Saturday for the annual Newtown Jets player reunion. Monty’s mother is the daughter of the former St George and Cronulla-Sutherland forward Monty Porter. There’s no doubting that Mr Monty Raper has one heck of a rugby league pedigree!

This match will be televised live on the Fox League channel.