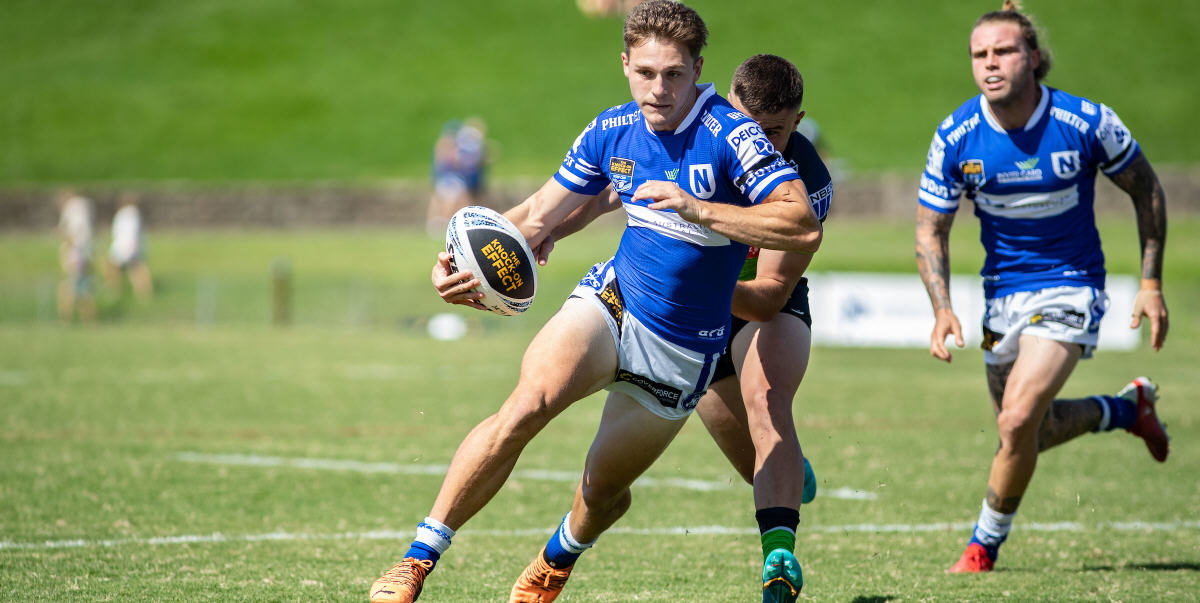 The Newtown Jets overcame a combination of very warm playing conditions, an unfamiliar away playing venue and a tough, determined opposing team in defeating Parramatta 28-24, in the second round NSW Cup competition match played at Kellyville Park on Sunday.

This was a valuable win against strong opposition with plenty of NRL playing experience. The two teams were tied up at 12-all at half-time and Newtown had pulled away to a 28-18 lead with just twelve minutes left to play. The Eels narrowed this deficit to 28-24 but Newtown’s defence remained intact to hang on for a four-point victory.

All of Newtown’s forwards played well in what was a hard, physical battle through the middle. Front-rowers Thomas Hazelton and Royce Hunt warranted special mention for their contributions.

Newtown back-rower Myles Taueli, who had worked exceptionally hard in the pre-season training programme, had the misfortune to suffer a high ankle injury that will probably keep him sidelined for several weeks.

Coach Greg Matterson noted after the game that this group of players has all the makings of being a very good rugby league team, but there is plenty of room for improvement in several aspects of the team’s performance, and plenty of hard work is required to achieve these necessary benchmarks.

There had been a couple of missed scoring opportunities against Parramatta that could have proved costly in other circumstances.

Newtown plays away again in round three of the Knock-On Effect NSW Cup, with the Jets drawn to play St George-Illawarra at the Collegians Sporting Complex, Wollongong on Saturday, 26th March at 1.00pm.