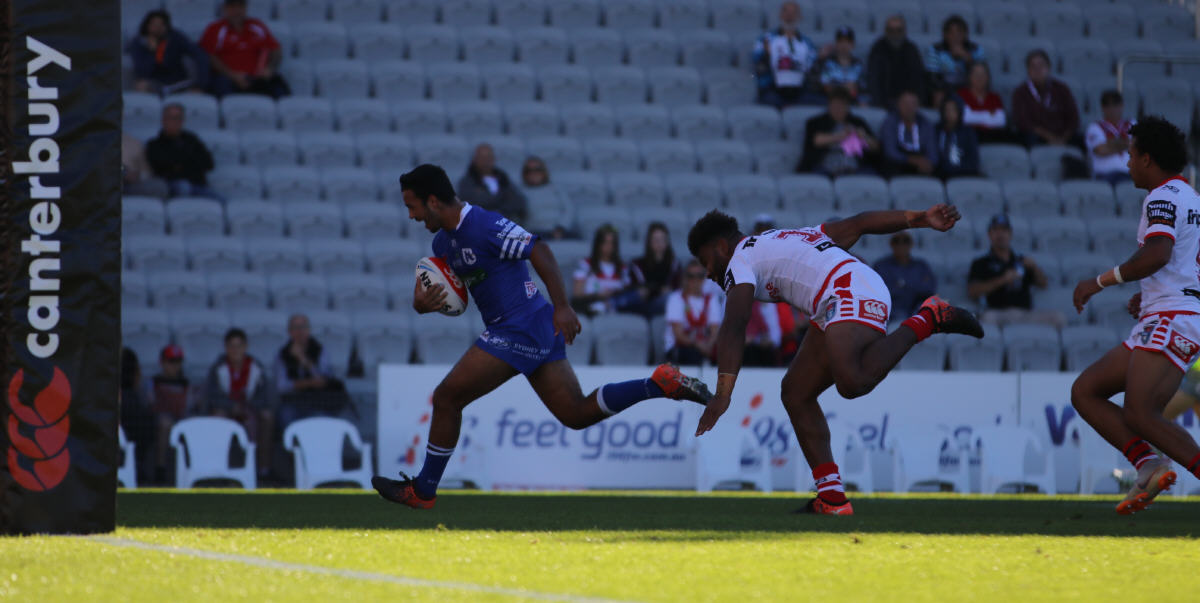 Points scoring machine! Braydon Trindall about to score one of three tries against the Dragons at Wollongong last Sunday. The diminutive half back also kicked six goals to amass 24 points in his best performance of the season to date. Photo: Gary Dover (Sharks Media)

Jets defy the form guide with decisive win over Dragons

The Dragons had been tipped to win easily against the Jets, but Newtown’s emphatic third win a row will send out danger signals to all of their Canterbury Cup opponents. The Jets led 20-10 at halftime in this match and were well in control when they extended their lead to 36-10, with twenty minutes still to play. The Dragons scored two more tries but never looked likely to run down Newtown’s lead.

Despite Newtown’s comfortable winning margin, this certainly was a hard-fought match. The Dragons fielded a huge forward pack and had a lot of strike-power in their backline. In addition to Trindall’s three tries, Jets second-rower Teig Wilton, centre Matt Evans and winger Sione Katoa claimed one try each, with Trindall landing five conversions and one penalty goal.

The Newtown Jets are back at Henson Park next Saturday, 1st June when they meet the New Zealand Warriors. This 12th round Canterbury Cup NSW commences at 1.00pm.