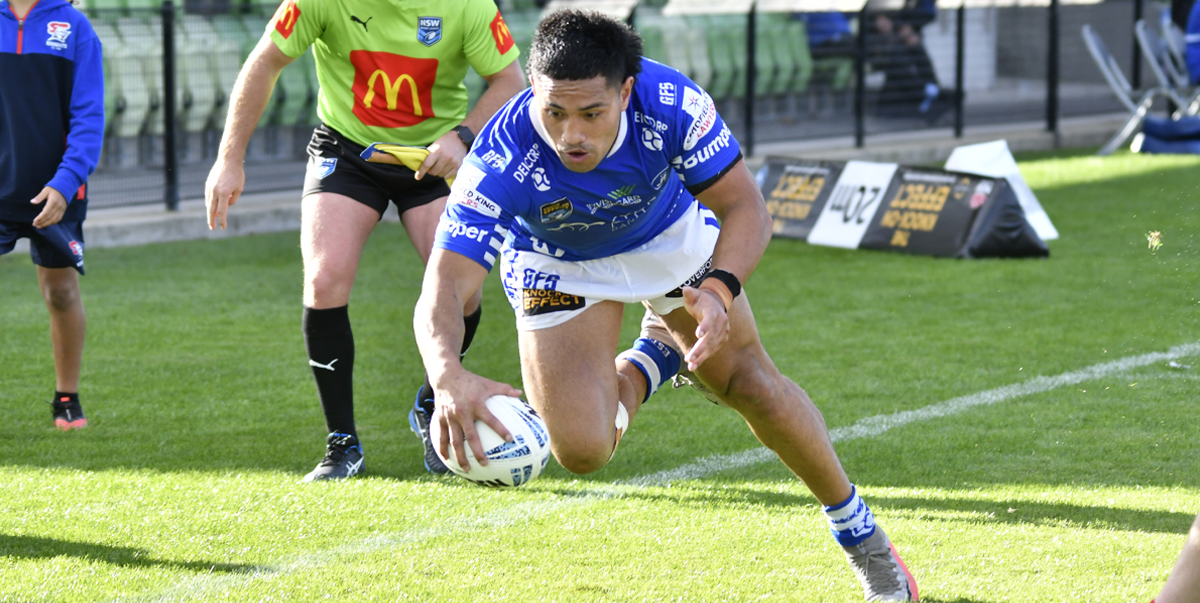 Jets Falter in the Latter Stages of the Second Half

Newtown’s pathway into the 2021 Knock-On Effect (KOE) NSW Cup finals looks all the more precarious, following the Jets 22-8 loss to the Newcastle Knights at Maitland Sports Ground on Saturday afternoon.

The Knights had slightly the better of the first half and did most of the attacking in the first twenty minutes.

Newtown second-rower and leading try-scorer Bronson Garlick crashed over from dummy-half in the 25th minute. The Knights second try in the 36th minute, which had been preceded by a long run from an intercept, enabled Newcastle to take a 10-4 lead into the break.

The second half was a spirited contest and no further points were scored until Jets winger Edward Aiono finished off a smart right-side play involving Jack A. Williams and Bronson Garlick. With Newtown trailing 10-8 and only twelve minutes left to play, the game was set for a thrilling finish.

As coach Greg Matterson observed after full-time, “We were right there in the game, but we didn’t execute that last ten minutes of play as we should have.”  The Knights scored two converted tries in the last eight minutes to run out winners by 22-8.

Veteran front-rower Ryan Verlinden played his first game for Newtown since 2014 and made several strong charges up the middle of the field.

Fullback Dylan O’Connor had his best game of the season and front-rowers Brock Gray and Jesse Colquhoun worked really hard in the midfield.

The Jets return home to Henson Park next Saturday, 22nd May, when they take on St George-Illawarra in Round 11 of the NSWRL KOE NSW Cup, kicking off at 3.00pm.