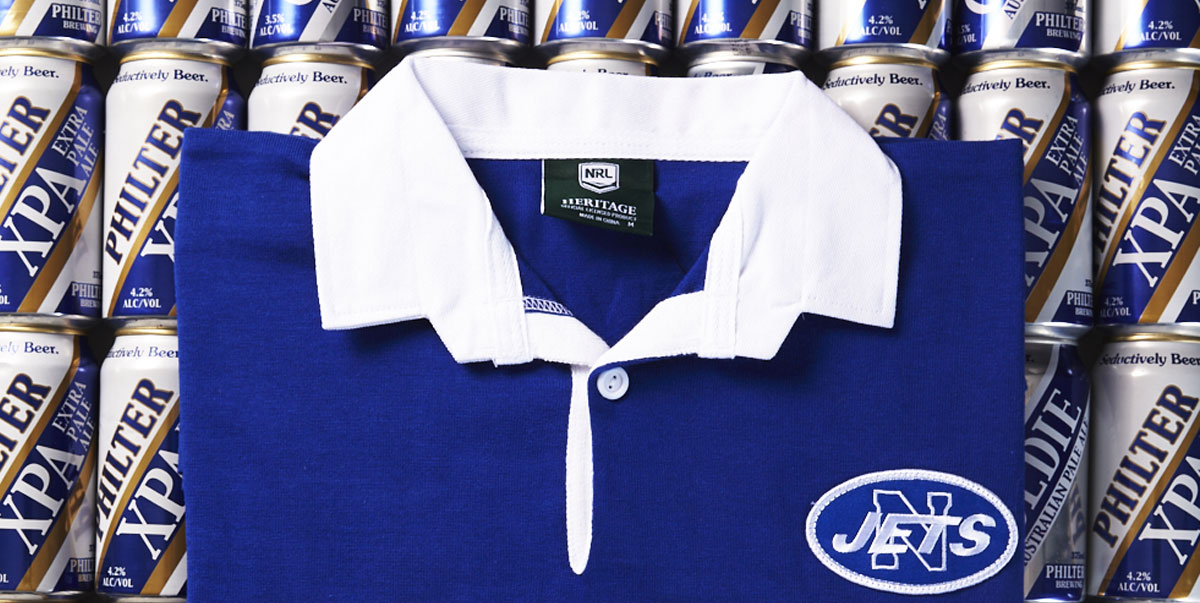 Jets Fill Up With Philter

Based in Marrickville, Philter is a major player on the craft beer scene and is brewed just a stone’s throw away from Henson Park, making their brewery a great location for post-game functions and other Jets events.

Likewise, Team Philter will be present at every home game in 2021 pouring the good stuff for crowds of 8,972 fans at Henson Park and are currently concocting a special collaborative beer just for the club.

“They are a family business conceived and run by Jets’ supporters who have been coming to Henson Park for years.

“The heart of the brand belongs to the Inner West, so the partnership couldn’t be a better fit.

“Plus, their beer tastes fabulous.”

Philter was born out of a backyard conversation between Marrickville mates and neighbours, Mick Neil and Stef Constantoulas, both of whom are Jets supporters.

“Mick and I would take the kids up to Henson Park to watch the footy on the hill in the winter sun long before Philter came into being. We’re Jets fans from way back and it’s a dream to be able to play a tangible part in the club’s journey,” says Stef.

“As a family run company, we’re all about supporting community,” adds Mick.

“The Jets are a huge part of the local culture – nothing beats the atmosphere of game day in Marrickville. We’re chuffed to be involved in helping them thrive.”