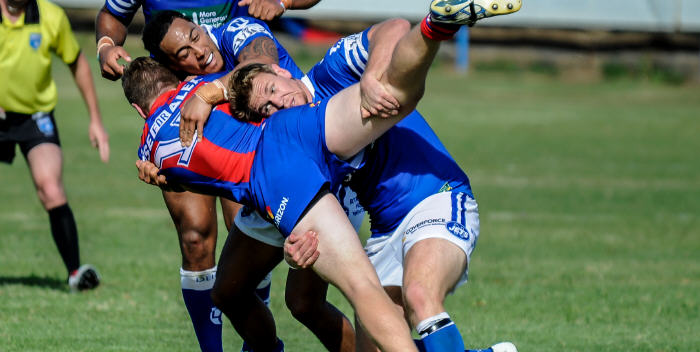 In what is a very tightly-contested NSW Cup competition, the Newtown Jets play away this weekend in the NSW Rugby League’s Country Weekend round of matches. The Jets are currently in fifth place on the NSW Cup premiership table and will play the fourth-placed Wyong Roos at Olympic Park, Muswellbrook on Saturday, 6th June at 2.45pm. The Roos are now the partnership club to the Sydney Roosters and are expected to field a very strong side for this 13th round fixture. Both teams are coming off a competition bye last weekend and have had the chance to freshen up for the second half of the NSW Cup season.

Newtown Jets head coach Greg Matterson is reasonably pleased with his team’s performance so far this year as the competition passes the midway mark this coming weekend. Like all NSW Cup team coaches, he acknowledges that most teams tend to rise or fall according to the number and quality of full-time NRL squad members available for selection in their NSW Cup team on any given weekend. Matterson points out that his team has been particularly well served this season by four of Newtown’s own squad members, NSW Cup veterans Ray Moujalli, Andrew Pearn, Tim Robinson and Kurt Kara, who have all provided leadership and stability to this year’s team. Cronulla NRL squad members of the calibre of Nathan Gardner, Blake Ayshford, Mitch Brown and Junior Roqica have provided extensive experience and strike power to the Jets this season.

The Newtown club has paid tribute to a man who was one of the club’s last links to the history-making years of the 1940’s. Joe Wade has passed away at the age of 99 years. Mr Wade had played with Newtown in 1939 and 1940 and was a team-mate of giants of the Rugby League game such as Frank “Bumper” Farrell, Athol Stewart, Tom Kirk and Tom Nevin. He was Newtown’s oldest living former first grade player, and also the NSW Rugby League’s oldest living former first grader. Both the Newtown RLFC and the NSW Rugby League have extended condolences to the Wade family.