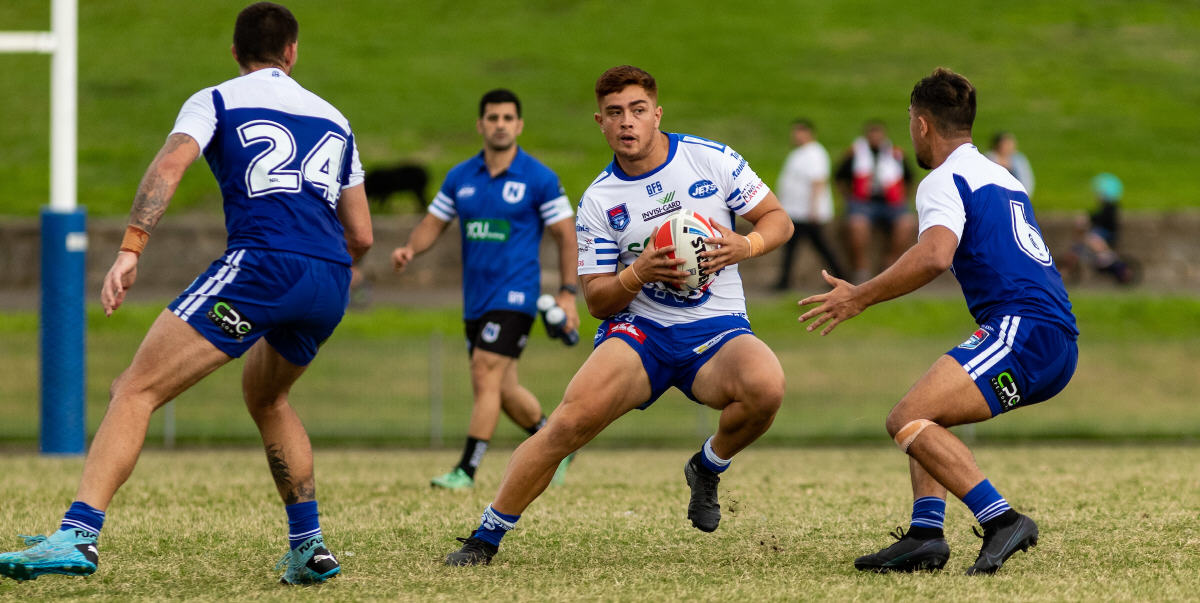 Jets given a lesson by the Bulldogs

The Newtown Jets were well beaten by the Canterbury Bulldogs in the Canterbury Cup NSW trial match played at Henson Park on Saturday evening (22nd February).

This was Newtown’s first trial match against Canterbury Cup opposition and the Bulldogs dished out a salutary lesson to the error-prone and disorganised Jets, winning the match played over four twenty-minute quarters by 16-4.

There were no conversion attempts taken during the match and the Bulldogs scored a try in each of the four twenty-minute segments, taking an 8-4 lead into halftime. Jets centre Jonah Ngaronoa (a product of the 2019 Cronulla Sharks Jersey Flegg squad) scored Newtown’s only try in the 38th minute.

Newtown’s error rate turned over plenty of ball to the Bulldogs and the Jets had to defend close to their own try-line for extended periods.

The Jets are at home to Manly-Warringah’s Canterbury Cup partnership club, Blacktown Workers Sea Eagles, at Henson Park next Sunday, 1st March, at 2.00pm. This will be Newtown’s final trial match for 2020.

The Newtown RLFC extends hearty congratulations to the club’s long-time benefactor Terry Rowney on being made a Life Member of the NSW Rugby League on Friday, 21st February. Terry is a life-long Newtown Bluebags/Jets supporter and became a Director of the Newtown RLFC in 1980. In addition to the serious responsibilities of being a Director of the Newtown Jets for the past forty years, he has been a generous sponsor for many years as well as being a key strategist, negotiator and multi-faceted problem-solver in the club’s chequered existence since 1983.

You can read more about Terry’s Life Membership award on this link to the NSW Rugby League’s website:  https://www.nswrl.com.au/news/2020/02/21/three-new-members-inducted-into-life-membership-of-nswrl/

Here are the details of the Canterbury Cup NSW trial match played at Henson Park on Saturday, 22nd February:

The match was played over four twenty-minute quarters, with no goal-kicking.

Details of Newtown’s next trial:

Curtain-Raiser: There will be a NSWRL Jersey Flegg trial match at 12 noon.

Taking It To The Streets – The Second Life of the Newtown RLFC is an updated version of the history of the Newtown Jets that focuses on the club’s second life in rugby league from 1991 to 2018.

It retails at $30.00 per copy and can be purchased online or directly from the Newtown RLFC office.

The book is directly available from the Newtown RLFC office at 14 Rich Street, Marrickville during business hours, or by calling 1300 36 36 90.

It is also available at these bookstores: