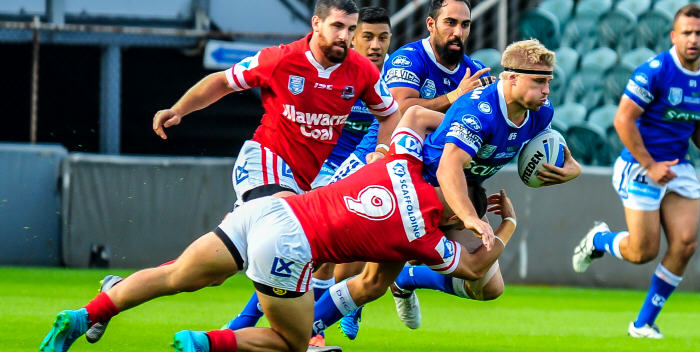 Jets have plenty of tough competitors close at hand

Most Intrust Super Premiership NSW clubs, including the Newtown Jets, had byes in round eight on the Anzac Day weekend. The Jets are currently in third position on the ISP NSW rugby league competition table, but there are no fewer than five clubs only one competition point behind them.

Newtown is entering a tough section of the ISP draw, with several well-credentialed clubs due to play the Jets in the upcoming weeks. The Canberra Raiders feeder club, Mounties, is top of the table and has plenty of players in its ranks who have recent NRL playing experience. The Canterbury Bulldogs are currently at the bottom of the premiership table, but they have lost several games by narrow margins and could well be higher up the ladder.

The 2016 Intrust Super Premiership NSW, formerly known as the NSW Cup, is certainly a very evenly-contested competition, with every club possessing sufficient playing firepower to be rated as realistic finals aspirants. Newtown’s best all-round performance was probably against Wests Tigers in round four at Henson Park, and Jets coach Greg Matterson will be looking for his team to adopt that impressive showing as their ongoing benchmark.

The Jets travel away this coming Saturday (30th April) to take on the strong Wentworthville team at the Cessnock Sports Ground at 4.45pm. This match, along with other round nine Intrust Super Premiership fixtures, are part of the NSW Rugby League’s Country Roads promotional program within regional NSW.