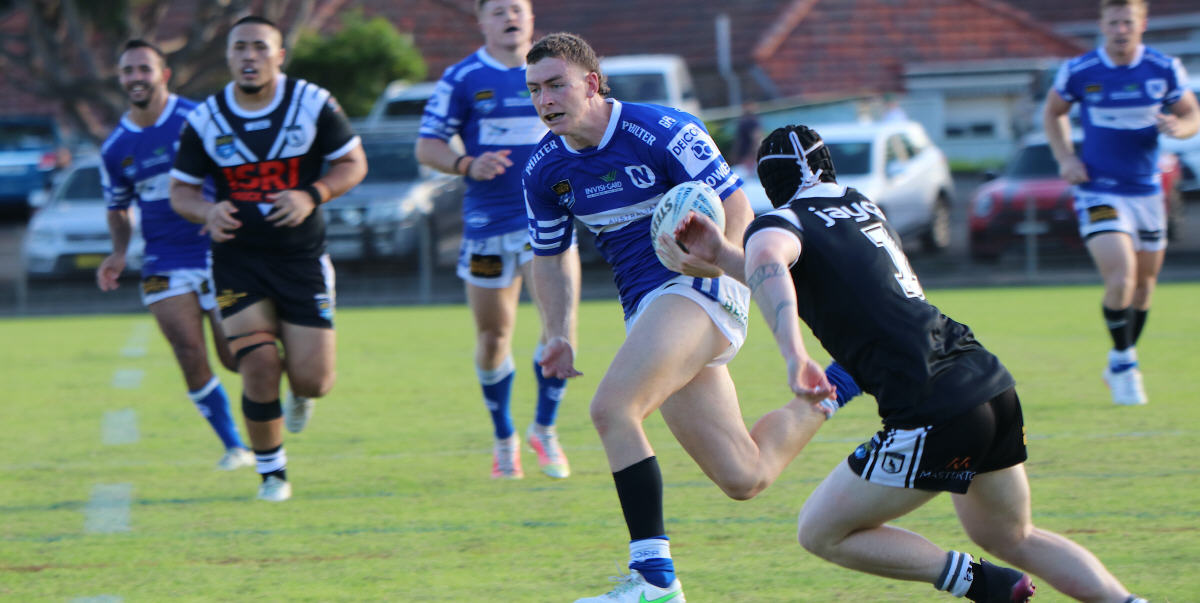 The Newtown Jets made it five wins in a row with their 40-10 victory over Western Suburbs, in the fifth round NSW Cup match played at Henson Park on Saturday, 9th April.

Newtown led 12-0 midway through the first half but the Magpies narrowed the margin to 12-4, which remained the score at half-time.

The Jets first half tries were scored by back-rower Reubenn Rennie and centre Addison Demetriou. Half-back Braydon Trindall (a popular figure at Henson Park with his 2019 heroics in mind) converted both tries.

On Saturday the classy Trindall was involved in three of Newtown’s tries and scored another for himself, as well as producing a very effective kicking game.

The Jets began the second half in splendid style with the talented young fullback Kade Dykes scoring a sensational individual try.

Versatile winger Tyla Tamou dived over to score in the north-west corner in the 51st minute, but Wests stayed in the game with a converted try in the 59th minute.

The game was still in the balance but the Magpies were unable to breach the Jets’ defence for the remainder of the game.

Newtown took control of the match in the game’s fourth quarter, scoring three converted tries to extend their lead out to 40-10.

Strongman centre Demetriou claimed another two tries for himself and Trindall also scored after combining cleverly with second-rower Charbel Tasipale.

Newtown was best served in the backline by the impressive young fullback Kade Dykes, the centres Demetriou and Kayal Iro, and also by five-eighth Lachlan Miller and the scrum-half Trindall.

The Jets won the battle of the middle through their big forwards Thomas Hazelton, Kurt Dillon, Franklin Pele and Vincent Rennie.

Newtown’s next match is on Friday, 15th April, when the Jets play near-neighbours South Sydney at Accor Stadium (the former ANZ Stadium) at 1.40pm.

This match is a curtain-raiser to the Rabbitohs-Bulldogs NRL fixture.