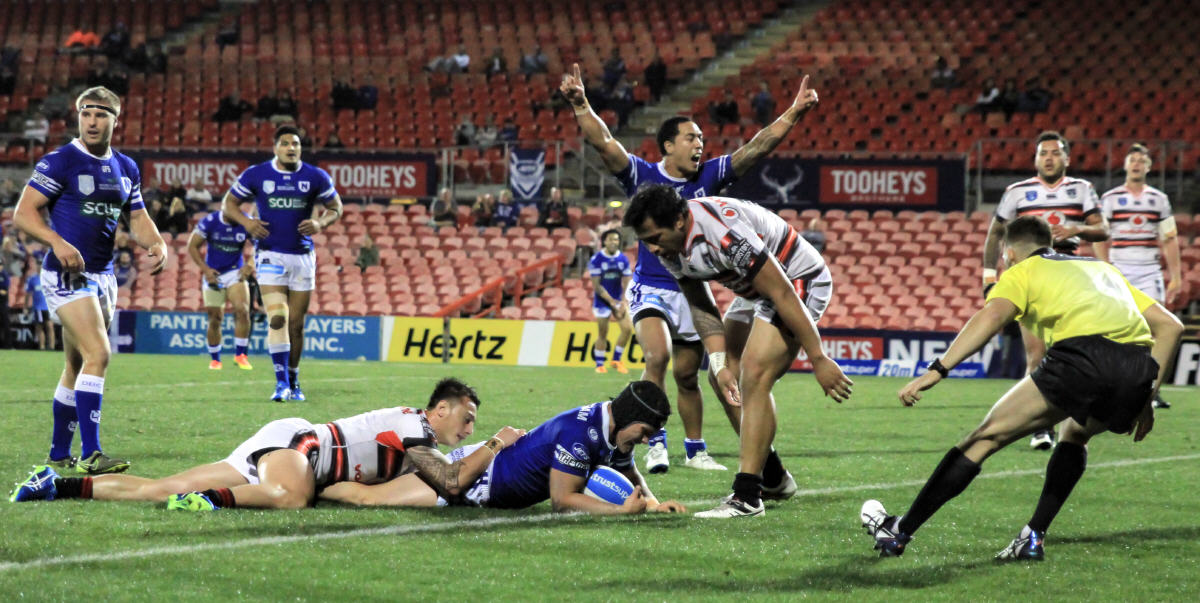 Josh Cleeland crashes over from dummy half for Newtown’s first try of the game. The diminutive pivot was his usual busy self before succumbing to injury in the Jets’ brave victory. Photo: Mario Facchini, mafphotography.

Report on the ISP NSW Finals Week 2 match between Newtown and NZ Warriors, played at Pepper Stadium, Penrith on Sunday, 11th September 2016 replayed on JETS TV as part of our Virtual Season 2020 on Wednesday 3rd June by Glen ‘Bumper’ Dwyer.

With the return of NRL live matches on Saturday afternoons, our intrepid social media team is going full-on “Amco Cup retro-style” and will now show you Newtown Jets Virtual Season 2020 games on Wednesday nights at 8.00pm.

Next Wednesday, 10th June they’re travelling to the hallowed turf of the Sydney Cricket Ground to bring you a NSWRL first grade showdown between the Newtown Jets and St George Dragons in a match that was actually played on Saturday, 11th May 1974.

So take a trip down memory lane and tune in at 8.00pm, Wednesday, 10th June to JETS TV www.newtownjets.com or www.facebook.com/newtownrlfc  and follow us on www.twitter.com/newtownrlfc to see what unfolds.