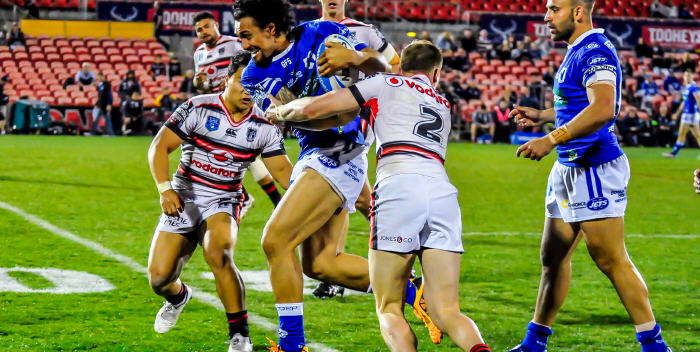 Hard-running Newtown Jets centre Kenny Niko (with the ball) looks to break through the New Zealand Warriors defence on Sunday evening at Penrith. His team-mate Anthony Moraitis (on the right) is in close attendance. Photo: Gary Sutherland Photography