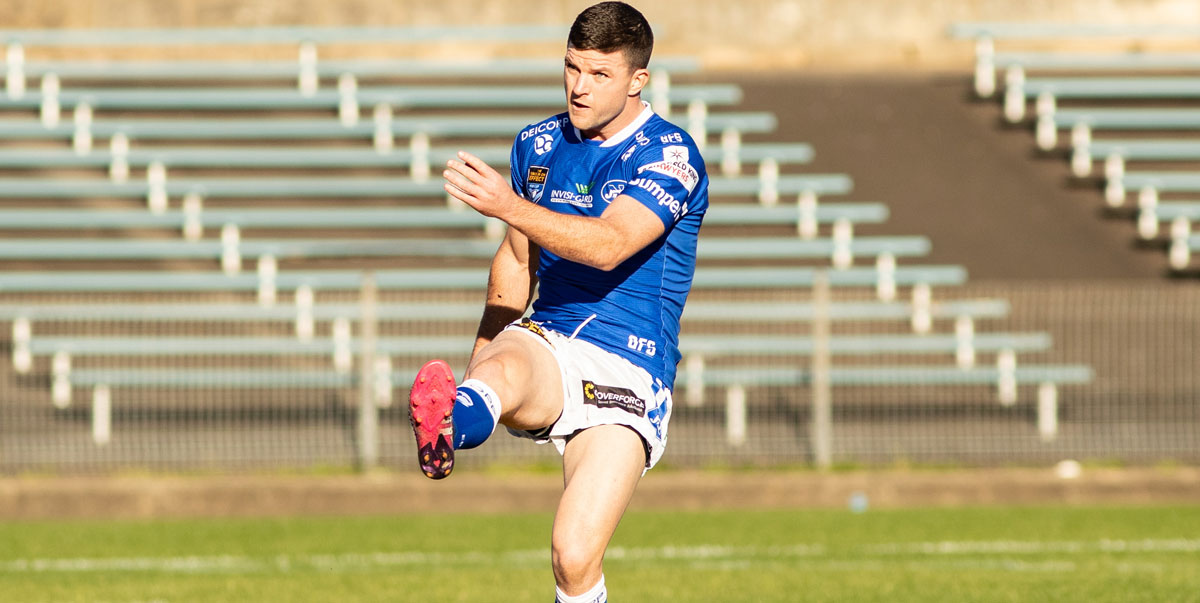 Jets Secure Victory with 26 Unanswered Points in the Second Half

The Newtown Jets have secured a 26-12 victory against the Blacktown Workers Sea Eagles at Henson Park after a powerful second half performance.

A dominant second half for the home side, including a try-scoring double to fullback Luke Metcalf, saw them come back and claim a vital victory.

Jets halfback Chad Townsend converted three of the five tries and mentioned how challenging the playing conditions were.

“These were probably the hardest conditions I’ve played in, in a long time. I thought it was a 20-point breeze and it was definitely a tale of two halves,” Townsend said.

“Our message in the second half was just to be more direct and try get to the kick. It helped that we made less errors in the second half. There are momentum swings in the game, when you’re controlling the ball and running a bit harder, you can break through a few more tackles.

“Bronson Garlick was outstanding, and Luke Metcalf was quite brilliant and he’s got a very bright future.”

The Jets did not have an ideal start from the kick-off, making an unforced error. In the opening ten minutes Blacktown Workers showed positive signs in attack with winger Tolutau Koula going for a great run.

The visitors were awarded with the first penalty of the match with five eighth Kauri Aupouri-Puketapu breaking through the defensive line and made a clean break before a good sequence of passing down the right hand side saw Blacktown’s winger Koula open up the scoring. The conversion attempt from Brad Keighran was waved away.

Newtown received several sets back-to-back but were unable to capitalise on their opportunities in the first half.

Blacktown continued to dominate in defence as the Jets were left scoreless in the first half.

In the 33rd minute, Keighran successfully kicked a penalty goal to extend the Sea Eagles lead to 6-nil.

Following the restart, Newtown attempted a short kick-off but the Sea Eagles were able to gather it and forced a goal-line dropout in the same set after a good chase. The Sea Eagles were in again after a diving try by winger Christian Tuipulotu. The conversion attempt was waved away. In the final minute of the half, Keighran kicked another penalty goal from 45 metres out to head into the sheds with a 12-point lead.

A powerful breeze behind the home side in the second half assisted the Jets as centre Mawene Hiroti scored a fine try. The conversion attempt was waved away.

The Jets continued to dominate in attack with the home crowd getting involved as Nene Macdonald and Bronson Garlick also scored tries in the final ten minutes to extend the Jets’ winning lead to 26-12.

Weather: Raining at the start of the game, 13 degrees Celsius, strong, very cold southerly wind, temperature was said to feel like 10 degrees. Some sunshine in the second half.
Playing surface: Very good.

There is a general bye in the NSWRL KOE NSW Cup next weekend, 26th/27th June.