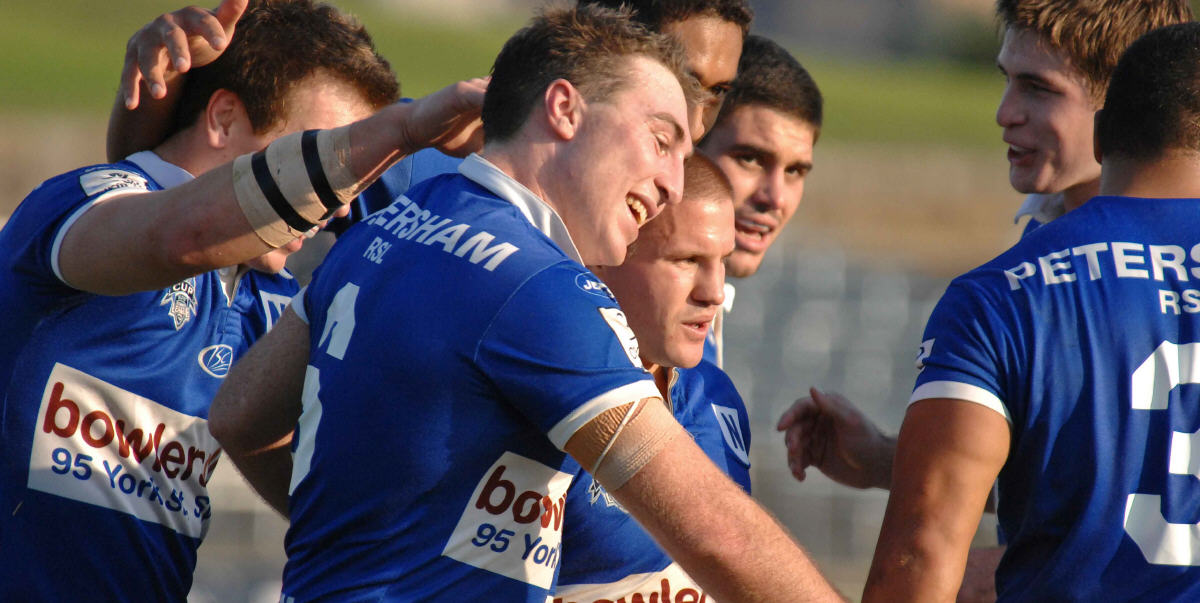 The Newtown Jets almost paid the ultimate price for “putting the cue in the rack” in their VB NSW Cup match against the Central Newcastle Knights on Saturday.

The Jets had been in total control in the first half, going in at the break with a commanding 26-0 lead. The game was transformed in the second half as the Knights gained the ascendancy and the Jets were fortunate to hold on for a narrow 30-28 win.

The Jets looked well organised and moved the ball about with confidence while the Knights rarely staged any challenge at Newtown’s end. The highlight of the first half came in the 35th minute with a 100 metres try featuring fullback Toshio Laiseni, winger Byron Ford and finally five-eighth Luke Branighan.

Branighan crossed again two minutes before half-time after Luke Millwood had chipped ahead and regathered 40 metres out from the Knights line.

During the break Newtown’s coach Greg Matterson stressed to his players to maintain the pressure, play out their sets and contain the Knights at their end.

The Knights added another four tries in the second half and went desperately close on another three occasions, with interchange forward Rory Kostjasyn’s barging try from dummy-half in the 52nd minute eventually proving to be the Jets’ salvation.

The Jets were best served yet again by backrower Mickey Paea who ground out valuable yards in the tense second half.

He was well supported in the forwards by Steve Meredith and interchange backrower Daniel Green. Backrower Sean Rudder made several critical tackles including one probable game-saver in the 73rd minute.Luke Branighan and Byron Ford were Newtown’s best backs.

A minute’s silence was observed prior to Saturday’s match in recognition of the passing of the great Jack Gibson, who had played with Newtown in 1962 and coached with considerable success at Henson Park in 1973.

Under Gibson’s tutelage, Newtown reached the preliminary final in first grade and reserve grade and the grand final in the under 23’s, as well as claiming the NSWRL Club Championship – the Flowers Memorial Pennant – for the first and only time in the club’s history.

It could be said that Newtown winning the NSWRL Club Championship was akin to Iceland topping the gold medal count at the summer Olympics, so extraordinary was the achievement.

Due to the resumption of the NRL and as a throwback to the Midweek competitions of the 1970s & 80s, we are going to trial moving our Virtual Season to Wednesday nights starting this Wednesday 27th May at 8pm. More details to follow…