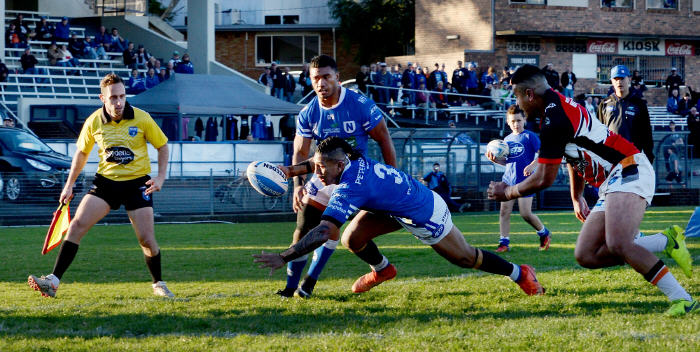 Jets take on the front-running Roos this weekend

There have been plenty of changes to the Newtown Jets playing line-up due to injuries and mid-season transfers, and the boys face a tough task in playing away to the top of the table Wyong Roos. Just remember that throughout their 109 years of history, the men in royal blue have had a reputation for pulling off upset results on the most unexpected occasions.

This match will be televised live on Fox Sports (Fox League Channel) from 12.30pm.

Kurt Dillon was named as captain of the NSWRL ISP NSW team of the week for Round 16, despite being in a losing team last weekend. Kurt is having an outstanding season and is right on track for bigger things in his rugby league career.

Centre and winger Reubenn Rennie might be a late inclusion in tomorrow’s Newtown Jets team to play Wyong. He is a Cook Islands international and was formerly with Otahuhu (NZ), Melbourne Storm, Canterbury-Bankstown and Mounties. He is 21, stands at 181 cm and weighs 99 kg.

Bessie Aufaga-Toomaga made a strong debut for Newtown against Wests-Tigers at Henson Park last Saturday.

He is on loan from the Cronulla Sharks Holden Cup squad.

He is Samoan-born and was previously with Mounties and St George-Illawarra.

Lane Ferling is likely to be on loan from the Cronulla Sharks Holden Cup squad as well.