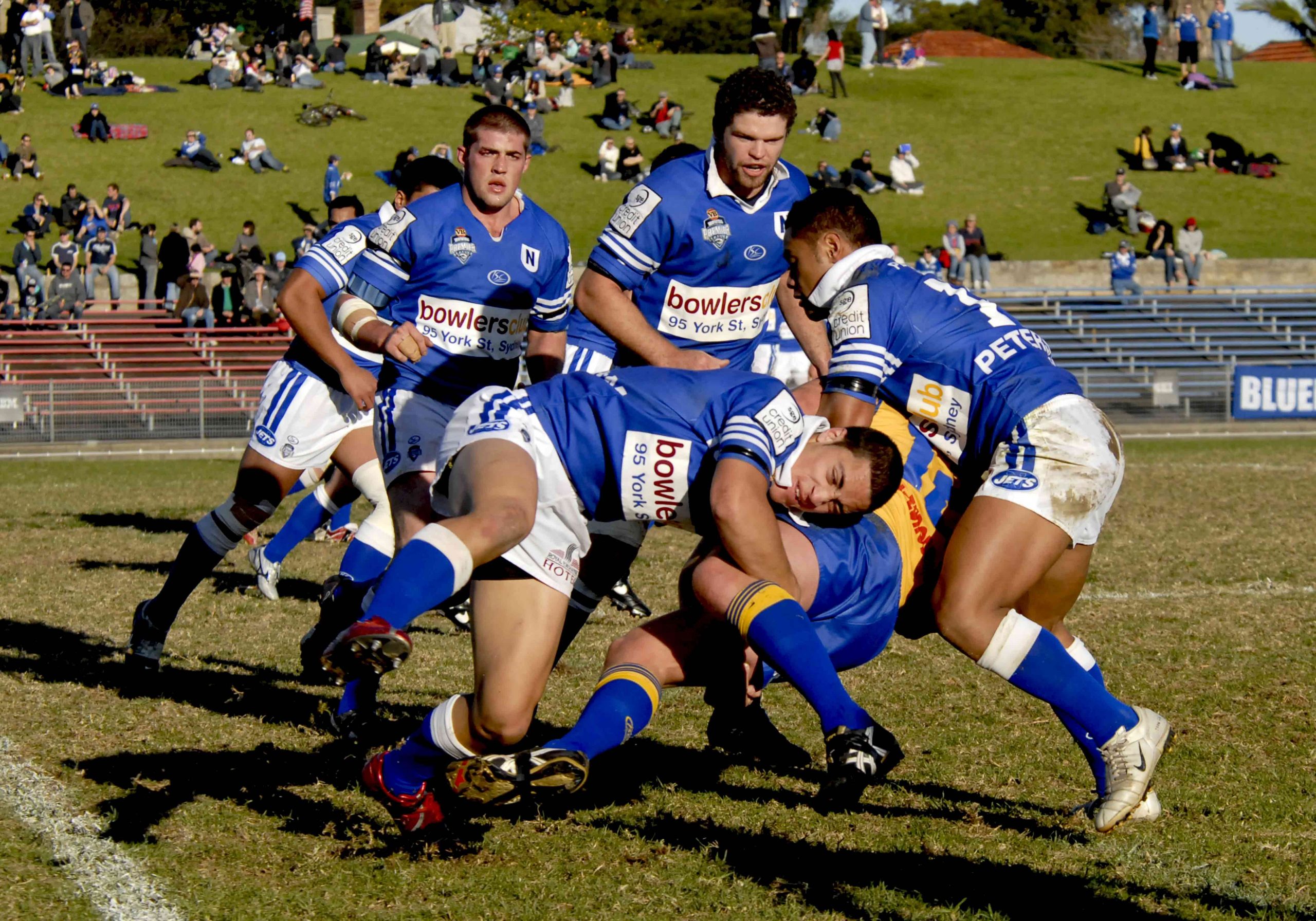 In front, left to right, Newtown Jets players Troy Savage and Hermani Moala wrap up a Parramatta player in this match at Henson Park on the 23rd June 2007. Dale Newton (left) and Adam Schubert are the Newtown Jets players in the rear. Photo: Gary Sutherland Photography.

Jets to renew acquaintances with the Parramatta Eels

The Newtown Jets will take on Parramatta in round three of the 2021 Knock-On Effect NSW Cup this Saturday afternoon at Bankwest Stadium.

It will be the first time since 2007 that the Jets and Eels have played in the same competition, allowing that the 2020 Canterbury Cup only lasted one round.

Wentworthville served as Parramatta’s partnership club in the variously-named second tier competitions that existed between 2008 and 2019.

Saturday’s match is a curtain-raiser to the NRL fixture between Parramatta and the Cronulla Sharks at 7.35pm.