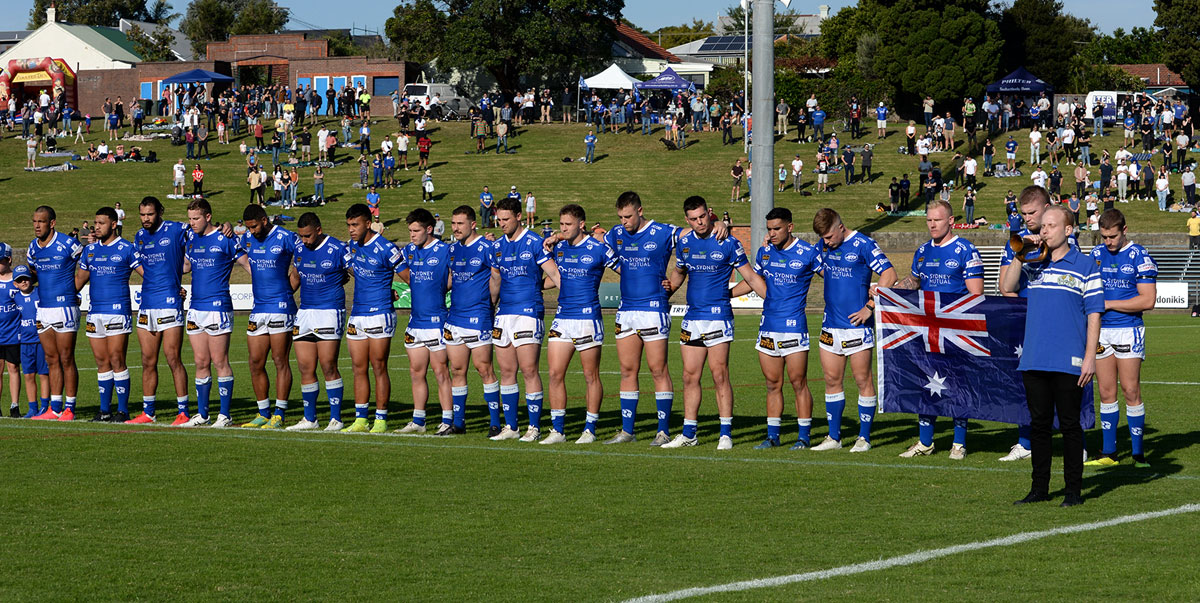 The inclusion of two centres with international rugby league experience tipped the scales in Newtown’s favour in the Knock-On Effect NSW Cup match played against Mounties at Henson Park on Saturday.

Former Australian test centre Will Chambers, recently signed by the Cronulla Sharks, was a late inclusion for the Jets, while the Papua-New Guinea international centre and winger Nene Macdonald also came into the Newtown team.

Jets historians are convinced that this imposing pairing of Chambers and Macdonald may well have been the first centres duo with international experience to play together for Newtown in the same game in the club’s 113-year history.

Mounties, now a partnership club with the Canterbury-Bankstown Bulldogs, scored the first try of the game and were causing the Jets real bother with a succession of well-placed high kicks into the Newtown wingmen’s corners. The Jets responded with a smart try to halfback Tyla Tamou, who received a well-directed inside pass from winger Jonaiah Lualua. Fullback Luke Metcalf’s conversion gave Newtown a 6-4 lead but Mounties regained the lead through an unconverted try in the 20th minute. The Jets then scored two thrilling tries in the 31st and 38th minutes, firstly when the dashing Metcalf eluded several defenders to score in the south-western corner, a try that he converted. Two minutes before halftime Will Chambers laid on a sublime pass that released Nene Macdonald on an unchallenged forty-metre sprint to the try-line. Metcalf added the extras and the underdogs Newtown went in to the halftime break with an 18-8 lead.

The third quarter of the match saw Newtown’s lead come under real pressure. Chambers was sin-binned in the 49th minute but despite several attacking sorties hurled at the Jets line, Mounties didn’t break through to score until the 58th minute. Newtown’s determined defence in this third quarter played a big part in the outcome of this game.

Metcalf kicked a penalty goal in the 65th minute, and Newtown secured their victory with tries to hard-running second-rower Bronson Garlick in the 69th and 77th minutes that boosted the final score to 30-14 in Newtown’s favour.

Coach Greg Matterson acknowledged the input of Chambers and Macdonald who added steel to Newtown’s edge defences. He observed that Chambers had brought top-level experience and a winning attitude into the team. This win had been built on good defence and tough people, and Matterson said all of the Newtown players had made strong contributions to this valuable victory.

Newtown has a bye next weekend in round 8 of the Knock-On Effect NSW Cup . The Jets next match is against the Penrith Panthers on Friday, 7th May at 3.45pm at BlueBet Stadium, Penrith.

Here are the highlights from Saturday’s game: https://www.nswrl.com.au/news/2021/04/24/jets-v-mounties-nsw-cup-highlights-round-7/

Newtown has a bye in Round 8 of the Knock-On Effect NSW Cup.